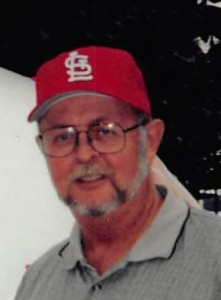 Roy Douglas ‘Doug’ Mitchell, 72, of Springfield, MO passed away on April 24, 2015. Doug was born October 11, 1942 to Roy and Juanita Mitchell in Springfield, MO. Doug spent his childhood competing in roller skating competitions, buying records, playing baseball and collecting baseball cards. He was proud to be in the first class at Parkview High School, graduating in 1960. After high school Doug attended Drury University where he was a member of Sigma Phi Epsilon fraternity. After graduating in 1965 he began his career with MFA Insurance Co. (now Shelter Insurance Co) in Columbia, MO. During this time he served his country in the United States Air Force Reserves. While at Shelter Insurance he met his wife Barbara. They were joined in marriage on May 27, 1967. In the spring of 1968 Doug, Barbara and Linda moved to Springfield so Doug could start his career as a Shelter Insurance Agent. He had a 36 year career with Shelter Insurance Co and always spoke highly of his many customers and colleagues. He was a member of Twin Oaks Country Club and a longtime member of Sertoma Club. He had been a member of Central Christian Church for over 30 years. Doug was always the ‘manager’ while coaching his sons’ Boys Club baseball teams. He also enjoyed playing golf and the occasional fishing trip with friends. Other than spending time with his family his two biggest passions were the St. Louis Cardinals and his record collection. Anyone who ever witnessed this collection will tell you it was something to behold. Doug was preceded in death by his parents. He is survived by his wife Barbara, daughter Linda Martin and husband J.R. of Hartsburg, MO, son Derek Mitchell and wife Li-Yu of Tyler, TX and son Travis Mitchell of Springfield, MO, five grandchildren, Lindsey and Jamie Martin, Sophia, Zachary and Julia Mitchell along with many other family and friends. In lieu of flowers the family requests donations be made to the Boys and Girls Club and Help Give Hope. Visitation will be Monday April 27 from 6:00 – 8:00 p.m. at Greenlawn Funeral Home East. A memorial service will be at 11:00 a.m. Tuesday April 28 at the funeral home.