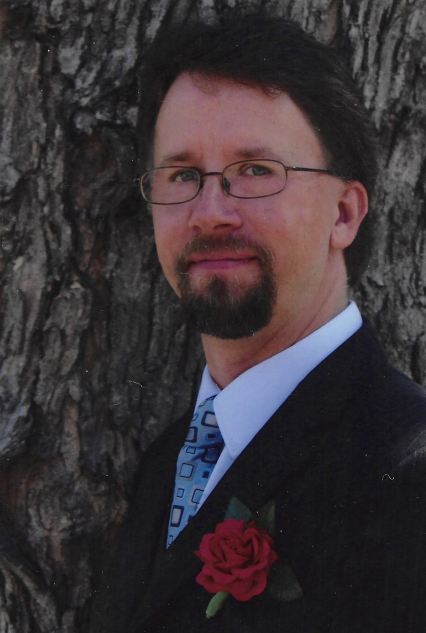 Douglas Keith Ritter of Springfield, Missouri, was born March 19th, 1962, in Joplin, Missouri, from the union of Delmas and Mary Ritter.

On Saturday, October 24th, Doug fell asleep in death at the age of 58 years.

He was the second eldest of four children, survived by his older sister Debbie Wills, younger brother Tim Ritter, and little sister Kathy Brunson. He was the loving stepson of Carole Ritter, stepbrother of Jill Norton and Carla Oiles and grandnephew of the late Betty Moore.

Doug married Rita Campbell on August 31st, 2008. He didn’t have children of his own but married into a large family where he filled the role of father and grandpa perfectly. He was a loving father to Josh Campbell and Charity, Sarah Garton and husband Casey, Daniel Campbell and wife Kati, and Jacob Campbell. Doug and Rita became the loving parents of Scott Seaton together. He was an adoring grandpa to Levi, Becca, Aaron, Maggie, Drew, and Zoey. He was a caring son, uncle, stepbrother, and brother-in-law, leaving a legacy of love for his entire family.

A talented artist and musician, Doug played in several bands and was well known to be an amazing drummer. He was a passionate reader and loved all things historical, even reading the bible cover to cover in a year and starting it over again. Doug fell into the role of being a farmer and thoroughly enjoyed it. He had a great passion for the works of our creator, often calling his wife from the road to share the vision of a sunrise, a rainbow, or the sight of an eagle flying; simply because they were beautiful and he wanted to share that with her.

Doug was gentle, kind and loving. Full of joy when surrounded by his family. He was dutiful to the ones he loved and steadfast with the friends he had. He was a compassionate mentor, the shoulder you could lean on in your time of need and the voice of wisdom when he was needed most.

He dedicated his life to serving Jehovah God and publicly symbolized this by water baptism as one of Jehovah’s Witnesses on August 2nd, 2020. He loved volunteering to help his spiritual brothers and sisters.

Doug was the epitome of everything it means to be a man; a loving husband, a good neighbor, a father to the fatherless – and a friend of God. He will be missed dearly and never forgotten.

Due of the to the difficulties created by Covid-19, Doug’s service was held online and is available for download by friends and family by contacting dougrittermemorial@gmail.com