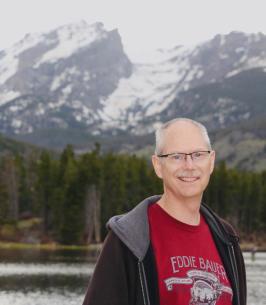 The funeral service for Dr. Steven Mark Perkins will be at 1pm on Monday, March 16, 2020 at Greenlawn Funeral Home East, in Springfield. Visitation will be held prior to the service from 11am to 1pm.

Interment will be in the Rivermonte Memorial Gardens directly following the service.

Preceding him in death were his parents and brother, Keith.

Dr. Perkins graduated from Western States Chiropractic College in Portland, Oregon in 1980 and in 2015 earned his post-doctoral Diplomate from the American Board of Chiropractic Internists. He passionately provided care to his patients for 39 years. He was also honored to serve on the boards of the Pregnancy Care Center, Teen Challenge of the Ozarks, and proudly served as a deacon on two church boards.

Memorials may be made in lieu of flowers to the Pregnancy Care Center, Springfield.