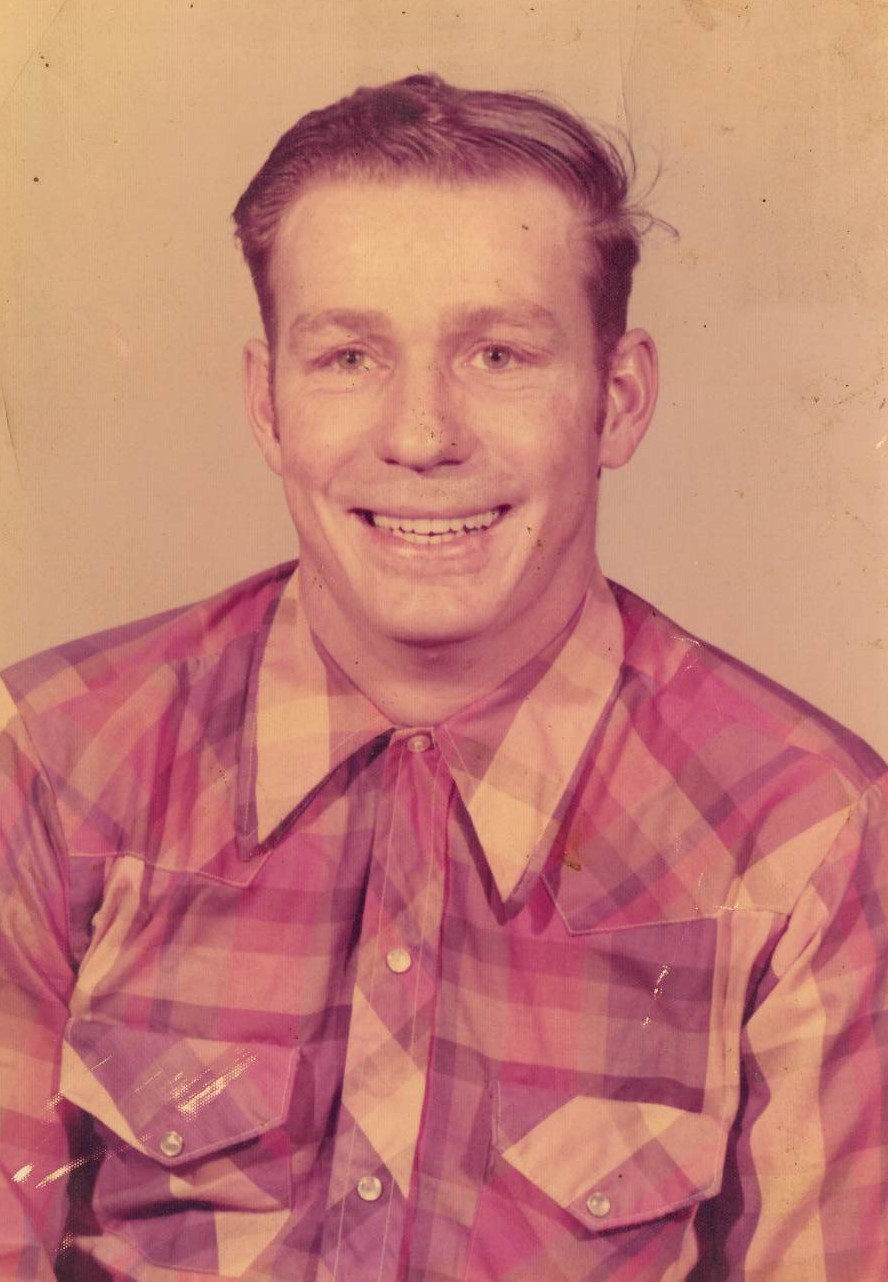 Earnest “Red” J. Brown 74, Springfield, MO. Passed away July 4, 2020, in his home, after a long illness. Earnest was born in Lawrence county, MO. on December 26, 1945, to Amon Delbert and Lela Jane (McGinnis) Brown. He was loved by many friends and family. He was a foundry worker, he began working at Reyco in 1971, retiring after a number of years. He was a member of the Molders and Allied Workers Union. He was a United States Army veteran, of the Vietnam War. “Red” was an avid outdoorsman and loved spending time with his family and friends. Ernie had many hobbies throughout his life that included raising doves, metal scraping, gardening, tractor pulling, and raising cattle. Later on in his life, he even picked up quilting and gave many away to loved ones. He enjoyed drinking coffee with his friends at George’s every day that he could.
Ernie was preceded in death by his parents, his wife: Betty Brown, his brothers: Charles, Gene, Dan, and Jerry, and by his sisters: Ilene, Louella, and Bessie. He is survived by his daughter: Lisa Brown, his son: Jason Brown and his wife, Staci Morgan, one grandson: Austen Brown, three brothers: Jimmy Brown, Glenn Brown and his wife, Terri and Smithy Brown, two sisters: Martha Barton and Mary Winters, along with several nieces and nephews.
Memorial services will be at 3:00 p.m. Tuesday, July 14, 2020, at Greenlawn Funeral Home North. Visitation will be Monday, July 13, 2020, from 5:00 p.m. to 7:00 p.m. The family would like to give special thanks to Haven Hospice for the wonderful care given to him, especially to Juanita and Cassie. Their will be no burial or graveside services at this time.