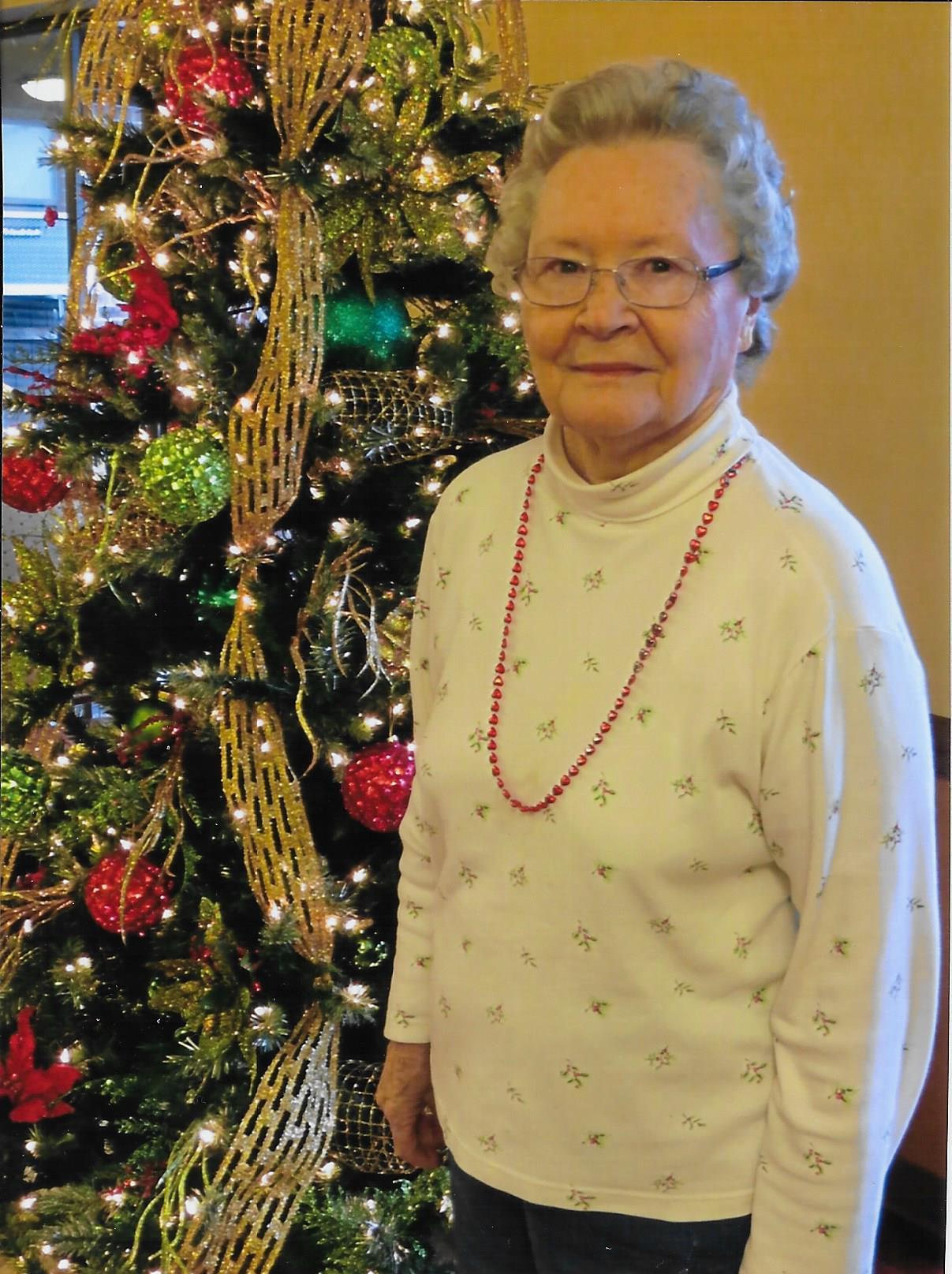 Mrs. Edna Pearl Jackson, age 93 of Republic, MO, formerly of Springfield, MO, passed away Wednesday, January 9, 2019, at Cox South Medical Center Springfield, MO. She was born December 18, 1925, in Polk County, MO, to Walter A. and Stella (Ahart) Simpson. She was united in marriage to William Henry “Dub” Jackson September 16, 1945, and to this union three sons were born.
She is preceded in death by her parents; her husband “Dub”; and 15 brothers and sisters.
She is survived by three sons: Robert Jackson and his wife Liz of Springfield, MO, Larry Jackson and his wife Betty of Strafford, MO, and Marvin Jackson and his wife of Jacqueline of Newburg, MO; eight grandchildren: Michele Pencook, Sarah Brown, Lisa Simmons, Nicole Hylton, Deanna Sheehan, Heather Robichaud, Chris Jackson, Shaun Jackson; 20 great grandchildren and 2 great great grandchildren; two brothers: Bobby Simpson and his wife Wathena of Polk, MO, and Romie Simpson and his wife Marilyn of Oxnard, CA; one sister Dora K. Miller of Bolivar, MO; as well as a host of other relatives and friends.
Funeral services will be held at 11:00 AM Saturday, January 12, 2019, at Pitts Chapel with Pastor Curt Zachary officiating. There will be a visitation one hour before the service from 10:00 to 11:00 AM in the funeral home. Online condolences may be made at: www.greenlawnfuneralhome.com. Arrangements have been entrusted to Pitts Chapel of Bolivar, MO.