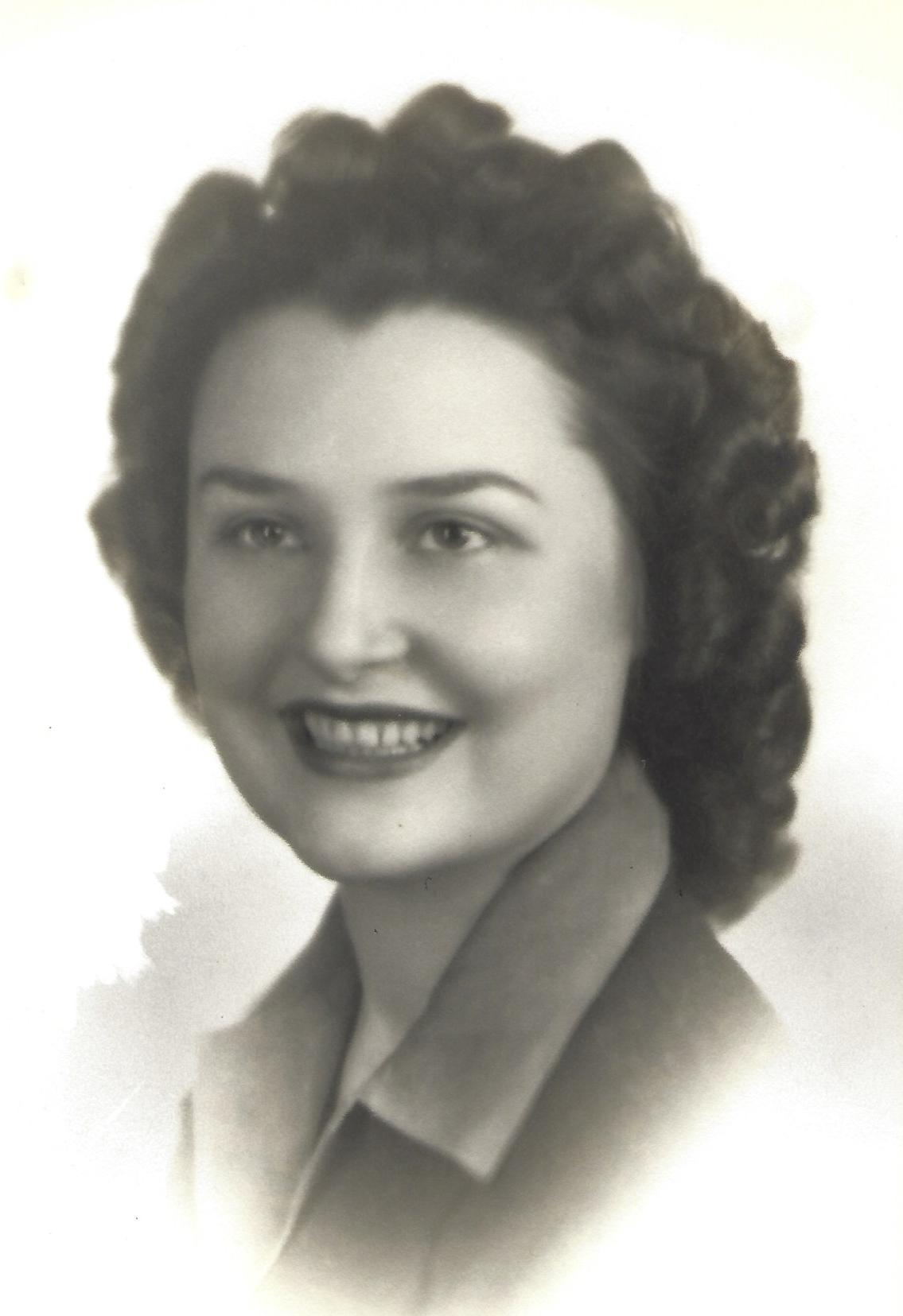 Elizabeth Juliann (Judy) Robertson Doran, Springfield, passed away on November 22, 2018 in The Ozarks Methodist Manor, Marionville, Missouri. She was born April 3, 1923, in Republic, Missouri, the daughter of the late Finis Herman Robertson and Anna C. (Ottendorf) Robertson Rhyne. Judy's father passed away from illness when she was one-year-old. She grew up in a one- parent household with three siblings during the Depression. As a result, she valued and demonstrated an appreciation for work ethic throughout her life.
Judy graduated Republic High School in 1941 and attended Drury College in Springfield. After graduation, she worked for Sears in Kansas City and for Springfield City Utilities. Judy was united in marriage to James (Jim) Wasson Doran on June 10, 1942. Jim was a home builder, and Judy assisted him in decorating the homes he built in Brentwood Estates, Kickapoo Estates, and the Southern Hills neighborhoods. Judy and Jim's primary interests were their three sons. Judy was an advocate of education, accomplishment and instilling respect for all others in her children. Each son was expected to complete his homework prior to other endeavors. Judy was always there to support her sons in Mighty Mite football, Kiwanis baseball, YMCA Indian Guides, Cub Scouts and Boy Scouts. She was very proud that all three of her sons attained the rank of Eagle Scout, attended college on a scholarship and obtained a Juris Doctorate Degree from law school.
Judy was always positive. She supported others in their quests for a better life, and she never complained. She was a longtime member of Grace United Methodist Church.
Judy is survived by her three sons, James Robertson Doran, Jr. (Lois), David Wesley Doran (Angela) and Michael Charles Doran (Geri) and their families Additional survivors include six grandchildren – Nathan, Geoff, Brad, Whitney, Katie and Kiley Doran – and numerous nieces, nephews and friends. In additionto her parents and husband, Judy was preceded in death by her brother, Anthony Robertson, sisters Fredrica Younger and Marceline Donnell and two nephews, Sam & Jerry Donnell.
Graveside services will be held on Tuesday, November 27, 2018 at 3:00 p. m. at Glenn Cemetery, south of Nix a, with the Pastor Michael Hamilton officiating, under the care of Greenlawn Funeral Home East. In lieu of flowers please, consider giving donations to the Ozarks Trails Council of the Boy Scouts of America, 1616 S. Eastgate Ave., Springfield, MO 65809 .