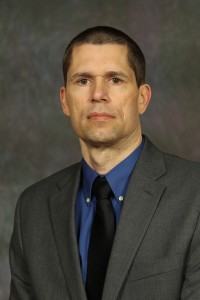 Eric David Shade, 49, of Springfield Missouri, passed away March 28th in his home following a valiant fight with metastatic colorectal cancer. Born September 27, 1965 in San Francisco, California, his life journeys later took him to Boerne, Texas for most of his childhood. He graduated from Boerne High School in 1982. In 1986, he earned his bachelor’s degree at Trinity University in San Antonio. After receiving his Master’s and PhD from Penn State, in 1991 he and his wife, Kathy, moved to Springfield, Missouri where he followed his passion to teach others becoming an associate professor of Computer Science at Missouri State University. During his tenure, he served on numerous committees and as parliamentarian for the faculty senate for several years. His dedication and passion to educate and inspire his students drove him to continue teaching, throughout his fight, until March 5th of this year.
In addition to his love for teaching, Eric also had a passion for cycling and was a member of the Springbike Cycling Club. An avid musician himself in the playing of the bass, drums, keyboard, and ukulele, Eric was a great lover of all varieties of music. His wit and extreme intelligence made him a nearly unbeatable opponent in any debate, as well as any bridge hand, or any other card or board game for that matter. An undone crossword or logic puzzle rarely posed a challenge to him.
Despite his analytical nature, his enormous heart and love shone brightly in all his relations with his family, friends, and students.
Eric was preceded in death by his father David Henry Shade.
He is survived in this earthly life by his wife Kathryn Shade and his son Christian Shade, as well as his parents, Pat and Harold Stokes, and his brother Matt Stokes.
A visitation will be held on Tuesday, March 31st from 6:00 to 8:00 pm at Greenlawn South Funeral Home in Springfield, Missouri. The service will be held under direction of the same facility on Wednesday, April 1st at 2:00 pm.
Memorial contributions may be made to the Eric Shade Computer Science Scholarship fund at Missouri State University to the care of the MSU Foundation at 901 S. National Ave, Springfield, MO 65897. Contributions may also be made in his name to “Stand Up 2 Cancer” Foundation thru his “star link” at http://constellation.standup2cancer.org/stars/49569. Stand Up 2 Cancer funds collaborative, innovative cancer research to get new treatments to patients faster.