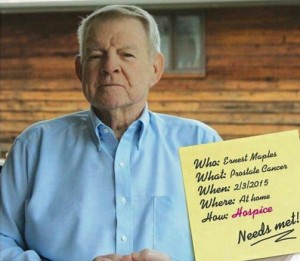 Ernest Richard Maples, 86, passed away on Friday October 23. He was born December 3, 1928 in Springfield, to Sherman and Verna Maples. Mr. Maples attended school at Ritter, Willard, and Springfield Central High. In 1946 he enlisted in the US Army. He attained the rank of Sergeant and served in Korea 1946-1947, where he received a WW II Victory Medal and the Army of Occupation Japan Medal. Upon completion of his military service, he returned home and on May 1, 1952, he married Anita Fender of Fair Grove, MO. The following years brought them a daughter and a son, as well as moves from Springfield to Kansas City and several cities in CA. Mr. Maples was dedicated to supporting his family, going wherever there was work available during the early years of marriage. Upon settling back in Springfield in 1956, he became a realtor, home builder, and developer. After retirement he became interested in antiques and collectibles, which kept him active in his own flea markets as well as others in the area. Mr. Maples loved and was loved by his family. Because of his faith, he reminded them during his illness that he would “see them on the other side.” He is predeceased by his father and mother Sherman and Verna Maples, and his brother Orvillle Maples. Surviving are his devoted wife of 63 years Anita Fender Maples; his daughter Laquita Maples Johnston and husband Don, of Keller, TX; and his son Rod Maples and wife Sherry, Jefferson City, MO. He also leaves three grandchildren of whom he was so proud: Megan Johnston Heep and husband Christian, Ft Worth, TX; Amy Johnston Morales and husband Nathan, Merced, CA; Blake Maples and wife Abby, Austin, TX; and six great-grandchildren. The family will greet friends at Greenlawn North Funeral Home on Monday, October 26, 5-7pm. A graveside service will be held at White Chapel Memorial Gardens at 10am on Tuesday, October 27. Donations may be made to Integrity Hospice, 2960 North Eastgate Avenue, Springfield, MO 65803.