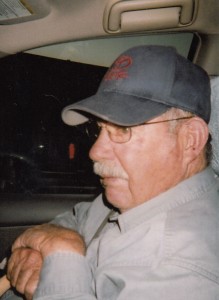 Eugene Barry Trantham, age 88, passed away April 22, 2015 in Nixa Nursing and Rehab facility in Nixa, MO. He was born January 5, 1927 in Willard, Missouri.
Eugene served his country during World War II in the Army. He worked as a Maintenance Supervisor for the Dickerson Park Zoo until his retirement in 1999. On November 4, 2000 he married Pauline Rose Bartousek, in Eureka Springs, AR. He enjoyed hunting, fishing and family outings.
He was preceded in death by his parents. And his sisters: Audry Combs and Zelma Harwood. He is survived by his wife Pauline Rose (Bartousek) Trantham, his children and their spouses: Barry and Sonya Trantham and family, David Trantham and family, Debbie and Kenny Davis and family, Pamela and Judd Brown and family and Patty and Larry Crouch and family, step-children and their spouses: Carl and Joyce Craig and Steven and Joyce Craig.
Memorial services will be held Wednesday, April 29, 2015 at 1:00 pm at Greenlawn Funeral Home North. Inurnment will follow at Rose Hill Cemetery, Willard, MO.