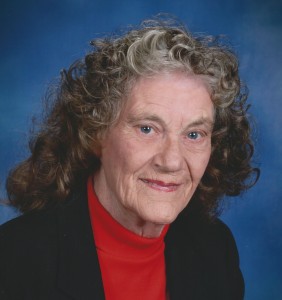 Mrs. Eva L. Kuhns age 83 of Branson, Missouri passed away on June 7, 2016 at her residence in Branson, Missouri.
Eva was born on January 21, 1933 in Clever, Missouri the daughter of Dee and Shirley Henderson Wolfe. She had been a resident of the area for many years. She and her husband were the owners and operators of one of the first resorts on Indian Point called Lakeside Resort from 1958 until 1969. She had worked for many years and retired from the Skaggs Community Hospital now known as Cox Medical Center-Branson. Eva was a member of the Branson Bible Church in Branson.
Survivors are her two sons: Randy Kuhns and Kenneth Kuhns both of Ridgedale, Missouri, a brother, Robert Wolfe of Billings, Missouri and a sister, Rowena Oliphant of Kansas City, Missouri and one grandson, K. C. Kuhns of Salt Lake City, Utah. She was preceded in death by her parents, a brother, Deforest Wolfe and two sisters, Francis Wann and Ermal Maples.
Memorial services will be held at 2:00 PM, Tuesday, June 14, 2016 at Branson Bible Church. Arrangements and cremation were under the direction of Greenlawn Funeral Home in Branson.
In lieu of flowers the family ask that memorials in her honor be made to the Branson Bible Church.