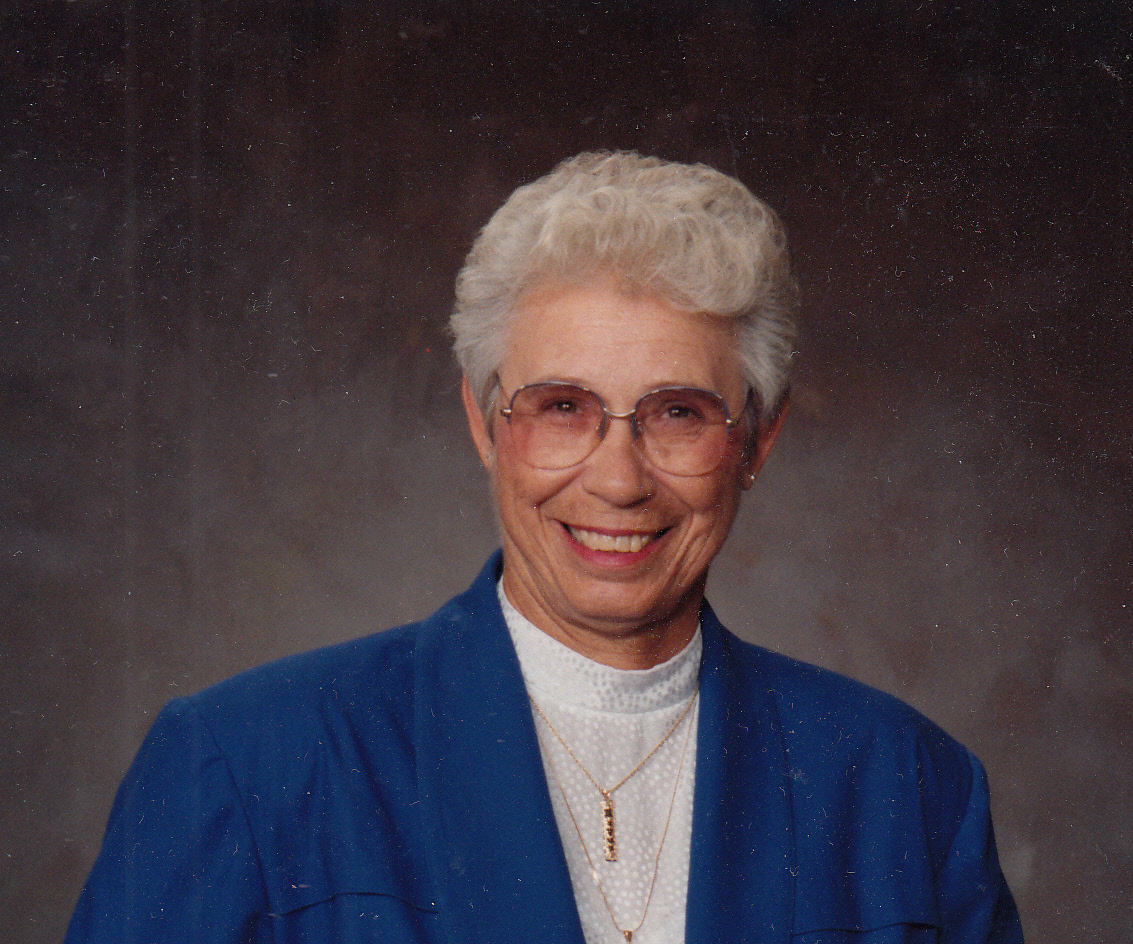 Flora Eva Mitchell, 89, Ash Grove, Mo. passed away Tuesday November 20, 2018, in her home. She was born in Springfield, Mo. on September 29, 1929, to Albert and Lucy (Hurd) Mitchell. She attended Springfield grade schools and 10th and 11th grade, at Central High School. She graduated Willard High School , in 1947.
Flora was preceded in death by her parents, her sisters, Laura White and Joanna Jones, her brothers: John Mitchell and Larry Mitchell. She is survived by her sister, Gurtie Barton, Modesto, Ca. a brother, Jerry Mitchell and his wife, Barbara, of Willard, Mo. several nieces and nephews. She will be missed by her family and numerous friends. Flora was saved at High Street Baptist Church as a teenager. She was currently a faithful member of Harold Baptist Church.
She was employed by the Veterans Administration from 1948 to 1952 in Washington, DC and O'Reilly VA Hospital, in Springfield, Mo. then by Dr. Souter Smith and Dr. H.B. Ivy, from 1952 to 1973. She joined the staff of the Women's International Bowling Congress as Assistant Executive Secretary-Treasuer in 1973, and in 1975, she became the Executive Secretary-Treasurer until retirement in 1991.
Sports played an important role in Flora's life. She participated in softball, basketball, volleyball, bowling and golf. She played on many independent teams in the area. In 1996, Flora was inducted into the USBC Bowling Hall of Fame and in 1998 was inducted into the Missouri Sports Hall of Fame for contributions to the Sport of Bowling. She is a member of the Missouri State Women's Bowling Hall of Fame and the Springfield Women's Bowling Hall of Fame.
In 2000, she was inducted into the Springfield Softball Hall of Fame. She is a life member of Missouri State Women's Bowling Association, Springfield Women's Bowling Association, US Bowling Congress and a Member Emerita of the Women's International Women's Bowling Congress. Flora competed in bowling from 1950 with her highest average being 191. In retirement she played golf an average of 4 days a week and in her late 70's and 80's she consistently shot her age or below. In 2012 Flora competed in her 50 USBC National Women's Championship in Reno. Forty-three of the tournaments were consecutive. Flora also enjoyed fishing and boating while residing at her home on Table Rock Lake, and then later on Stockton Lake.
Funeral services will be at 10:00 a.m. Saturday, November 24, 2018, at Greenlawn Funeral Home North, with burial to follow at Rose Hill Cemetery, near Willard, Mo. Visitation will be Friday evening from 6:00 to 8:00 p.m. at the funeral home. In lieu of flowers, memorial donations may be made to Harold Baptist Church Building Fund: 11655 North Farm Road 51, Walnut Grove, Mo. 65770.