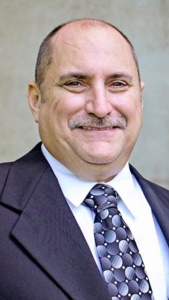 Gary F. Eubanks, age 53, of Springfield, MO passed from this life on Saturday September 12, 2015 in Springfield, MO. He was born January 4, 1962 to James and Mary Eubanks. He married his high school sweetheart Sheila on March 30, 1984.
Gary graduated from Strafford High School where he enjoyed playing sports. Sports became his hobby, whether playing or watching, he enjoyed it all. Gary also grew up on a farm and always enjoyed the farm life of being outdoors. He worked in construction as a plumber for almost 30 years and at the Federal Medical Center for 5 of those years.
Gary was a loving husband, father, brother and pop. He enjoyed his family and kids. He had a heart of gold and always wanted to give to help someone. He was a man of few words, but his actions were genuine to people.
Gary was preceded in death by his parents James and Mary Eubanks and his sister Cindy Eubanks Pierce. He is survived by his wife Sheila, son Tim Eubanks (fiancé Desiree), daughter Abigail Eden (husband Chandler), and son Josh Eubanks, grandkids: Dacota, Lori and Jaxon (JJ), sisters: Jean Ann and Randi Eubanks, brothers: Greg Eubanks (wife Jackie) Keith Eubanks (wife Robin) and some wonderful nephews.
Visitation will be Wednesday September 16, 2015 from 6:00 – 8:00 PM at Greenlawn Funeral Home North. Funeral on Thursday September 17 at 10:00 AM. Burial will follow at Church Grove Cemetery in Buffalo, MO. In lieu of flowers donations may be made to: High Prairie Christian Church 569 Red Top Rd Fair Grove, MO 65648 or Strafford Athletic Booster Club P.O. Box 547 Strafford, MO 65757.