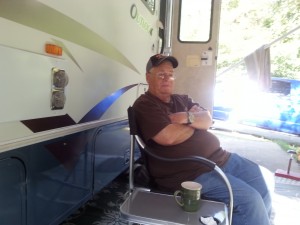 Gary Paul Ward, 69, of Springfield, Missouri, passed
away December 28, 2015. Visitation will be held at 9:00 AM at Greenlawn North Funeral Home with funeral to follow at 10:00 AM. Brother Fred Reamsnider will be officiating. Mr. Ward’s final resting place will be at Greenlawn Memorial Gardens in Springfield, Mo.
Gary was born in Springfield, Missouri on March 30, 1946. He graduated Hillcrest High School in 1964. Gary was a parts sales representative in Springfield, Mo until retiring in 2008.
Gary was married to Mary E. Ward (Bass) on May 19,
1967, they were married 48 years.
Gary enjoyed camping, riding his motorcycle, watching
Nascar races, football, and spending time with family and friends. He was a proud member of the Patriot Guard and took pride in welcoming our soldiers home or supporting families in times of need. Gary was also a dedicated member of Crossway Baptist Church. Gary is survived by his wife Mary Ward. His son Justin
Ward and wife Sarah. His brother Ron Ward and wife Linda; his nieces and nephews; and the rest of his family and friends.
Gary is preceded in death by his parents, Chester Ward, Reda Wilson and Jim Wilson, as well as his brother Jimmy Wilson
and nephew Randy Ward. In lieu of flowers memorial donations may be given to Crossway Students Center, 2900 N. Barnes Ave. Springfield, Mo. 65803; in hopes that more children may come to know and follow Christ.