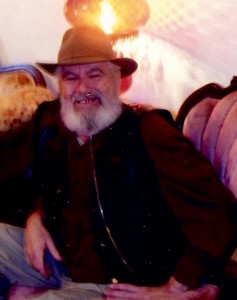 Gene Gerald Lueders, age 60, of Bolivar, MO, passed away Friday, April 17, 2015, at Citizens Memorial Hospital Bolivar, MO. He was born November 29, 1954, in Davenport, Iowa, to Jerald and Margaret Marie (Gabbet) Lueders. He is a US Army Vietnam veteran. He was united in marriage to Kathy Mayfield June 16, 2007.
He was preceded in death by his mother.
He is survived by his father Jerald Lueders of Las Vegas, NV; his wife Kathy Leuders of the home; two sons: Gene “Jeremy” Lueders of Iowa, and Kevin Lueders of North Fork, VA; seven grandchildren: Breanna, Jaecan, Tieryon, Xander, Jas, Jasmine, and Gabe; a brother Leonard Lueders of Lowden, IA; a sister Dalene Aydelott of Yankton, SD; three step-daughters: Stephanie Johnston, Laura Downing, and Wendy Fisher; five step-grandchildren: Oliver, Taylor, Dylon, Noah, and Katie; as well as many other relatives and friends.
Funeral services will be held at 11:00 AM Tuesday, April 21, 2015, at Pitts Chapel Bolivar, MO, with Chaplain James Friend officiating. Burial will be held at a later date at Missouri Veterans Cemetery Springfield, MO, with full military honors. Visitation will be held one hour before from 10:00 to 11:00 AM at the funeral home. Arrangements have been entrusted to Pitts Chapel Bolivar, MO.