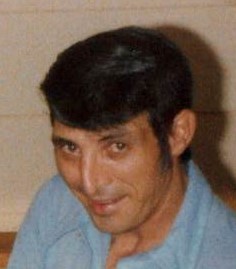 George Earl Shoemaker, Sr. was playing his guitar and singing as he entered Heaven’s gate on July 28, 2020. This was his passion and his soul was happiest with a guitar in his hand and a melody on his voice. He loved the strains of bluegrass and country music as well the beautiful gospel songs of long ago. Everyone loved listening to George sing and play and he so enjoyed passing this love to those around him as he taught and nurtured other’s talents.

George was born in Oak Hill, Missouri on August 17, 1939 to Johnathan Noel and Etta Iantha Shoemaker (nee Blackwell). He was the 14th child of their 17 children and he treasured his large and loving family. He was raised surrounded by the beauty of the Missouri farmlands with nature permanently on his doorstep. George learned the values that he lived by as he grew to love his surroundings and those who taught him the many things that make up a man. He worked hard in the fields tying and pitching hay, picking corn as the wagon moved along, milking the cows, and working in the garden.

George loved fishing and would often tell the story of catching a fish on a hot dog and then . . . there was cutting grass. He loved his lawn mowers and was often found outside tinkering with yet another broken piece so that he could move forward on his lawn mower with a big smile on his face. He would cut anybody’s yard just because he loved the smell of fresh cut grass. One of his favorite’s was cutting grass at the winter circus grounds close to his home.

Chasteena was his favorite horse and he so adored giving his children and then his grandchildren rides on her back. He gave many a child their first ride on this horse who could change her personality on a dime depending on who was on her back. George’s love for horses derived from his own childhood days as that was the only mode of transportation. He learned to ride at an early age and the neighbors would often snitch to his father that he and his brothers were racing the horses.

He loved his kids, grandkids, and greats with all his heart and soul. He was always there for them and would constantly care for them with phrases such as “Did you check the oil in your truck?”. His greatest joy was when the family gathered for family events such as the annual 4th of July bash or the family reunions. He so loved being able to see absolutely everyone – brothers, sisters, nieces, nephews, and kids and the families that they raised.

George was a mechanic on 18 wheelers,and loved Dolly Parton, reading western shoot-em-up books, the St. Louis Cardinals, feeding songbirds and crows, drinking his coffee, and was a soldier in the Salvation Army. All of these things came together to make up the George that everyone loved. Becky Davis Case became Mrs. Shoemaker, the absolute love of his life, on October 22, 1977 and together they carved out a life of fun, ups and downs, and bursts of tomfoolery including dancing in the kitchen with only his boots on. And yes, he was a great dancer – Becky not so good! “For goodness sake, let me lead”, he would say!

In lieu of flowers, contributions can be made to the Salvation Army in Springfield, Missouri in his name.

You are my sunshine, my only sunshine.