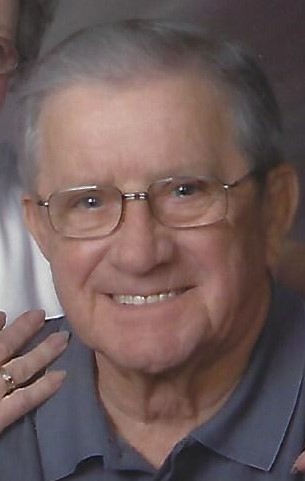 Gerald James Burnett of St Charles MO, formerly Moberly MO passed away on April 3, 2019 at the age of 89.
He was the son of Snowden and Eva Burnett of Dixon MO. He met the love of his life Barbara Hammons and they were joined together on February 12, 1961.
Gerald served in the Army and was a member of the Moberly Masonic Lodge as well as the Ararat Shrine in Kansas City.
He most loved spending time with his family and friends, fishing, Cardinal Baseball and putting puzzles together.
He is survived by his loving wife Barbara and 5 Children.
Deborah (Burnett) Oliver of Huntsville MO, Anita (Burnett) Harris of Rancho Cucamonga CA,
Brenda (Burnett) Prenzel and Spouse Eric of St Charles MO, Pamela (Burnett) Emery and Spouse Scott of Atwater IL and Jerry Burnett and Spouse Janet of Springfield MO. 10 Grandkids, 10 Great Grandkids and 3 Great Great Grandkids. A sister Winona (Burnett) Lankow and Spouse Tom of Linn Creek MO and Sister In Law Freda (Burnett) Tripp of Dixon MO as well as many Nieces, Nephews, Family and Friends.
Preceded in death by his parents, Brother Dale Burnett, Brother Robert Burnett, Sister Juanita (Burnett) Leeker, Brother in Law Gary Leeker and Son In Law James Howard “Butch” Oliver.