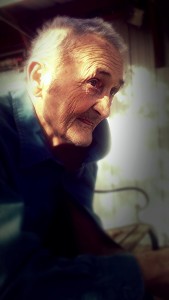 Funeral services for Gerald L. “Jerry” Robinette age 74 of Branson, Missouri will be held at 2:00 PM, Wednesday, March 2, 2016 at Victor Baptist Church at Branson with Pastor Kenny Robinette officiating. Burial will follow in the Blue Eye Cemetery in Blue Eye, Missouri under the direction of Greenlawn Funeral Home in Branson.
He passed away on February 26, 2016 at his home in Branson.
He was born on June 21, 1941 in Denver, Arkansas the son of Everette V. and Bonnie Cody Robinette. Jerry was a self employed carpenter and was a former employee of the College of The Ozarks. He was a member of the Victor Baptist Church.
Survivors are his three children: Sheila McCreary (Carroll) of Oak Grove, Arkansas, Geary Robinette (Maxine) of Berryville, Arkansas and Karen Prescott (Sam) of Bellefonte, Arkansas. Three brothers, J. C. Braswell of Blue Eye, Missouri, Elmer Braswell of Oak Grove, Arkansas and Kenny Robinette of Branson, Missouri. Two sisters, Estalee Phillips of Oak Grove, Arkansas and Elzie Bilyeu of Berryville, Arkansas. Nine grandchildren; Jason McCreary, Justin McCreary, Jenny Horn, Chris Alvard, Cassidy Curtis, Abbie Curtis, Eli Burke-Prescott, Keaton Prescott and Jackson Prescott and eight great grandchildren. He was preceded in death by his parents, two brothers, Chester Braswell and Jack Robinette and three sisters, Laveta Standlee, Sharon Walker and Lula White.
Visitation will be on Tuesday, March 1, 2016 at Victor Baptist Church from 6:30 until 8:00 PM.
Memorial contributions are suggested in his memory to the Victor Baptist Church.