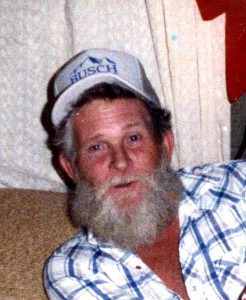 A Memorial Visitation for Gerald “Jerry” Shimon, age 70 of Kirbyville, MO will be held from 5:00 to 7:00 PM, Monday, July 11, 2016 at New Beginnings Fellowship in Hollister, MO with a brief service officiated by Pastor Jim Fullerton at 6:00 PM.
He passed away Friday, July 8, 2016 at Cox Medical Center in Branson.
He was born on May 1, 1946 in Rolfe, Iowa the son of Leslie and Vivian Shimon. He was a former heavy equipment operator. He was an avid hunter and outdoorsman.
He is survived by his three children: Annette Warner and husband, Shane of Springfield, MO., Junior Shimon and wife, Trish of Hollister, MO., Kevin Shimon and Missy of Hollister, MO., six siblings; George Shimon of Rolfe, IA., James “Joker” Shimon of Pocahontas, IA., Jon Shimon of Washington State., Bonnie Coon of Branson, MO., Linda Leon of Dallas, TX., Donna Halder of Pocahontas, IA., seven grandchildren and four great-grandchildren.
A second Memorial Service will be held on Sunday, July 24, 2016 in Pocahontas, IA.