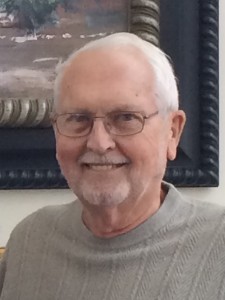 After a battle with colon cancer, Glen Barton Ward of Hollister, Missouri, died on December 23, 2014 in Springfield, Missouri. He was 83. He leaves behind his wife, Judy Wirta Ward, and five children, Dr. Michael Ward (Susan), Barry Ward (Rhonda), Glen Ward, Robin Ward Bueche (Brian), and Tracy Ward Sagona (Jerry), nine grandchildren, three great grandchildren, three stepchildren, and six step grandchildren. Bart was born on June 25, 1931 and grew up in Shidler, Oklahoma. He leaves behind two sisters, Avonelle White and Carmen Kinsey, and was preceded in death by his wife, Jill Johnson Ward. He received his Bachelor of Science degree in Chemistry from Oklahoma State University, and his Masters of Science in Biochemistry from University of Texas. After rising to the rank of Colonel in the United States Air Force, he spent his working career as a chemist at Exxon in Baton Rouge, Louisiana. He retired from the United States Air Force Reserves as a Lt. Colonel. Bart was a dedicated family man who enjoyed woodworking, restoring antique furniture, traveling, and sports. Bart requested that he be cremated. His ashes will be spread at a later date in the Ozark Mountains. In lieu of flowers, donations may be made to a charity of your choice. He will be missed by all who had the pleasure to know him.
Please visit our web site at www.greenlawnfuneralhome.com to leave online condolences.