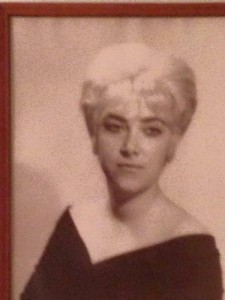 Gloria Jean Sparkman, age 74, of Springfield, MO. passed away Wednesday, July 1, 2015. She was born March 22, 1941, in Springfield, MO, to Eldon and Helen (Wilkins) Sparkman. She obtained her Business Degree, from Draughon’s Business College. Gloria was a waitress for 45 years, raising her two children by herself. She was a strong willed, hard working, independent woman, who loved her family dearly.
Gloria was preceded in death by her parents. She is survived by her daughter; Yvette’ Bailey, her son; Steven James Berry, her sister; Sandy Wagemann, her brother; Mike Sparkman, grand-daughter; Shyla Rochelle Bozarth, grandson; Stuart Michael Bailey, great-grandson; Cristian Michael Bailey.
Graveside services will be held at 10:00 a.m., Tuesday, July 7, 2015, in Greenlawn Memorial Gardens, Springfield, MO. Visitation will be held from 6:00 to 8:00 p.m. on Monday, July 6, 2015 in Greenlawn Funeral Home North