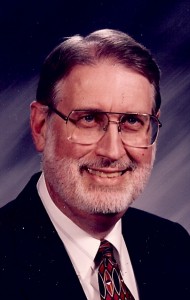 Gregg Swisher Pennington, age 76, of Flemington, MO, passed away Tuesday, October 20, 2015 at Citizens Memorial Healthcare Facility. He was born September 21, 1939, in Joplin, MO, to Elmer and Catherine (Swisher) Pennington. He was a member of the Catholic Church. He held a Masters Degree in Educational Administration. He retired from Appleton City, MO Public Schools, after 40 years as an educator.
He was preceded in death by his parents. He is survived by his wife of 47 years, Carol S. (Duckworth) Pennington, a son; Shawn A. Pennington, and his wife Peggy, and two grandchildren; Katie E. Pennington and Cooper D. Pennington all of Nevada, MO and his sister-in-law and her husband; Peggy and Dennis Cook. According to his wishes, no services are planned. His body has been donated to medical science. Memorial contributions may be made to the Missouri Conservation Agents Association, for youth fishing and hunting events; 2901 West Truman Boulevard, Jefferson City, MO 65109. Services have been entrusted to Pitts Chapel, Bolivar, MO.