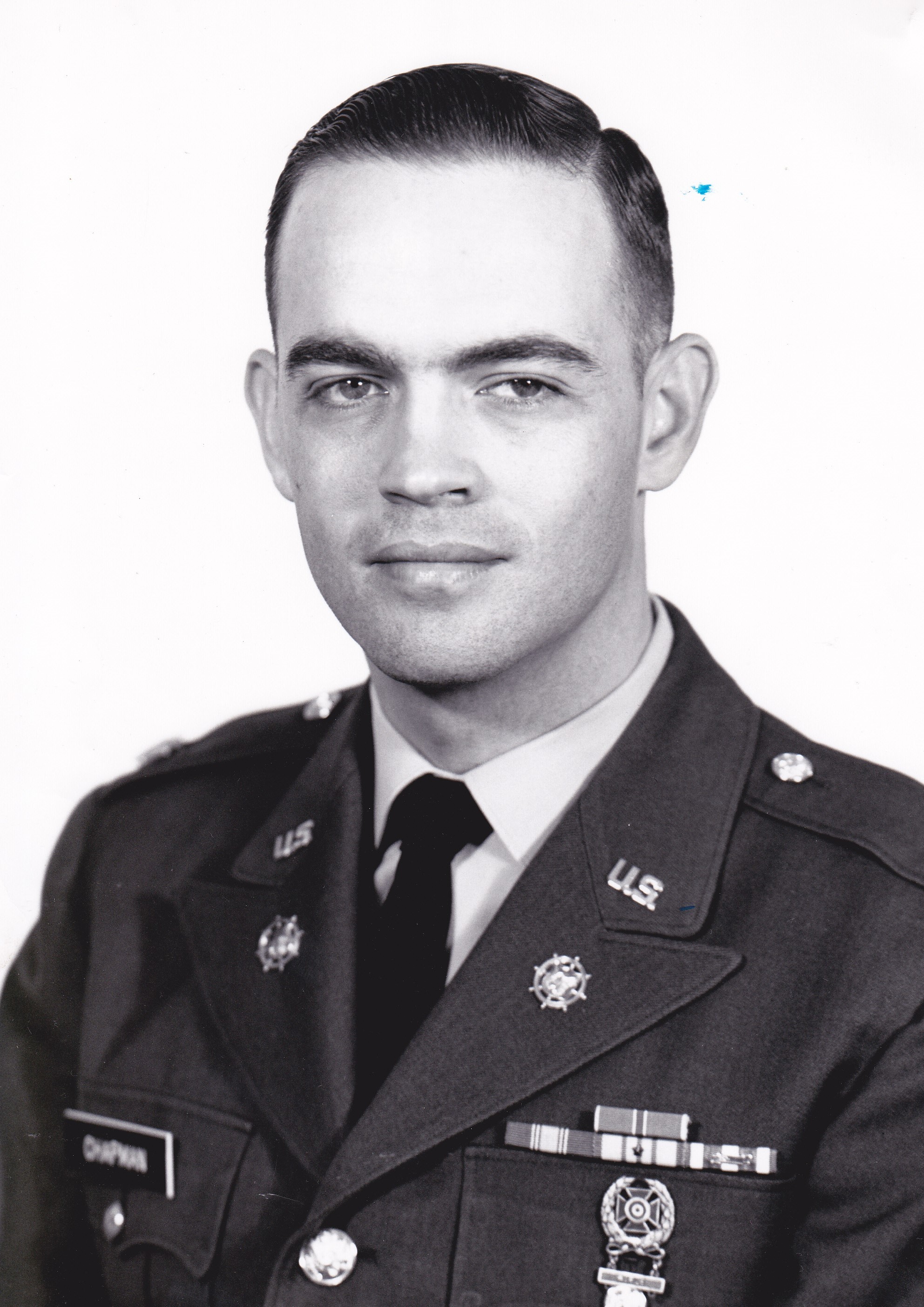 Harmon Bruce Chapman was born May 8, 1937 to Sterling and Chrissie Chapman in Springfield, Missouri, and departed this world on April 11, 2019.
Harmon graduated from Central High School in 1955. He earned a Bachelor’s of Science in art at Southwest Missouri State University in 1959, with minors in drafting and military science. Upon graduating from SMSU, he was commissioned second-lieutenant in the U. S. Army.
Harmon married Mary Joan Clifton on December 26, 1965. They had two sons: David and Steven.
Harmon retired from the Army in 1979 with the rank of lieutenant colonel. During his military career, he served eight tours of duty overseas, including two in Vietnam and was awarded the Bronze Star with cluster and the Meritorious Service Medal, among many other commendations.
After leaving the military, Harmon and his family returned to Springfield. He continued in a civilian career until retiring in 1999. He enjoyed traveling, fishing, and attending athletic events at SMSU. He was also a strong Christian who served as a church deacon. He was a member of the Springfield Lions Club.
Harmon was noted for his strong level of determination. Denied guitar lessons, he taught himself how to play. In the military, he spent several evenings studying to take the lieutenant colonel exam and outscored the other officers who took the exam alongside him.
Harmon is survived by his wife, sons and daughter-in-law, Sabina. He was preceded in death by his parents, his brother Paul and several family members. He will be deeply missed by all who knew him.
Arrangements are being handled by Greenlawn Funeral Home East. A visitation will take place at Greenlawn on Wednesday, April 17 at 12 p.m., followed by services at 1 p.m. and interment at Maple Park Cemetery in Springfield, Mo.