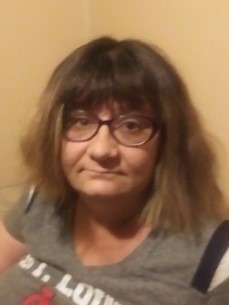 Heather Moritz Allen was born October 5th, 1971 in Idaho Falls, Idaho and received her wings February 17th, 2021 in Springfield, Missouri.  Heather lived most of her life in Chandler and Ahwatukee Arizona.  After attending Corona Del Sol Highschool, she graduated with the class of 1990 from McKlintock High.  She worked at Heritage North nursing home to receive her CNA degree while working towards her associates degree from Mesa Community College as she waited to be accepted to attain her RN degree.  She immediately started working toward her life’s passion of caring for others and worked at Scottsdale North Hospital in their cardiac step down unit.  She moved to Oklahoma in 1999 and worked at the Veterans Hospital in Claremore with Alzheimer’s patients before she became disabled.

Her friends and family are truly spread all over the country from Montana to deep south Texas and California to New Jersey, so a memorial will be scheduled at a later date.

The song may have ended but the melody lingers on forever.

Firefall, just remember I Love You—Sting Every Breath You Take.