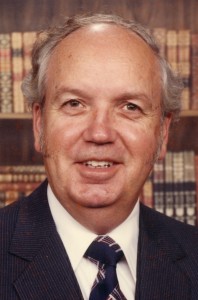 Henry P. Bagwell Jr. went to be with the Lord on May 2, 2015 at the age of 84. Henry was born November 8, 1930 to Henry & Viola Bagwell in Pauline, South Carolina. He attended school in Pauline and Campobello near Spartanburg, South Carolina.
Henry’s parents Henry & Viola, brother Maurice (Bill), sister-in-law Brenda, and sister Mary preceded him in death. He is survived by his loving wife Dorothy and his children: Linda (Bruce) Laugherty, Don (LaDonna) Bagwell, Mark (Wilma) Bagwell, David (Theresa) Bagwell, and Mike Bagwell, grandchildren: Amber (Hadyn) Hollister, Benjamin Bagwell, Aaron Bagwell, Andrea Bagwell, Rick Bagwell, Wendy (Dane) Mortimer, great grand-daughter Isabelle Hollister, brother-in-law Lamar Redmon, and many other great nieces & nephews.
He served his country in the U.S. Army from 1950 to 1953, serving in Germany during the Korean War. While stationed at Ft. Leonard Wood in Missouri he met his loving wife Dorothy Smitley and they married September 11, 1953. To this marriage five children were born: Linda, Don, Mark, David, and Mike.
Henry worked 41 years at Lily Tulip Cup Corporation in Springfield, MO. changing to Sweetheart to Solo Cup, he retired as a supervisor over the print shop ink & plate department. He was loved and respected by all his fellow employees that he worked with.
Henry was a member at Central Assembly of God church where he served faithfully as a greeter and usher sixty years until the time of his death.
When Henry’s work day ended his time was spent with his family as a father to his kids and loving husband to his wife. He always made time for his family playing games, taking them to the lake to enjoy fishing, boating, barbecuing, and taking them on big summer vacations each year. He taught his kids good work ethics and many other life skills.
Our loss of Henry is Heaven’s gain.
Visitation will be Wednesday, May 6, 2015 from 6:00 to 8:00 pm at Greenlawn East Funeral Home, 3540 E. Seminole, Springfield, MO. Funeral services will be held on Thursday May 7, 2015 at 10:00am at Central Assembly of God church, 1301 Boonville Ave. Springfield, MO. Burial with full Military Honors will follow at Hazelwood Cemetery in Springfield, MO.