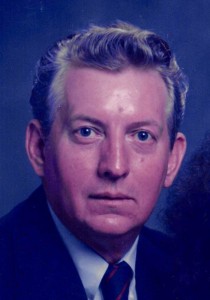 Jack L. Hamilton, 85, of Springfield, MO passed away June 20, 2015 at Mercy Hospital in Springfield, MO following a short illness.
Born May 7, 1930 in Springfield, MO he was the son of the late Fred & Retta Hamilton. He was a U. S. Army Korean War Veteran. He retired from the U.S. Medical Center in 1978. Following his retirement he was able to fulfill his passion for restoring antique automobiles. Jack was a member of the Antique Auto Club, he especially loved 1958 Chevy’s. Some of his autos are displayed in museums. His artistic abilities won him many awards.
Jack is survived by his wife, Rene of the home. Daughters; Linda Batey and Sheri & Mickey DeMate all of Springfield, MO. Three Grandchildren; Angela & Kent Russell, Kevin & Cyndee Batey and Bryan & Andrea Batey, and seven Great-grandchildren; Trevyn, Korrie, Kelsie, Zoie, Connor, Courtney and Catherine.
Memorial donations may be made to the American Cancer Society in honor of his daughters.
Visitation will be from 6:00 until 8:00 p.m. Monday, June 22, 2015 at Greenlawn Funeral Home East in Springfield, MO. A Celebration of Life service will be 3:00 p.m. Tuesday, June 23, 2015 at the funeral home. A private burial will be at Missouri Veterans Cemetery.