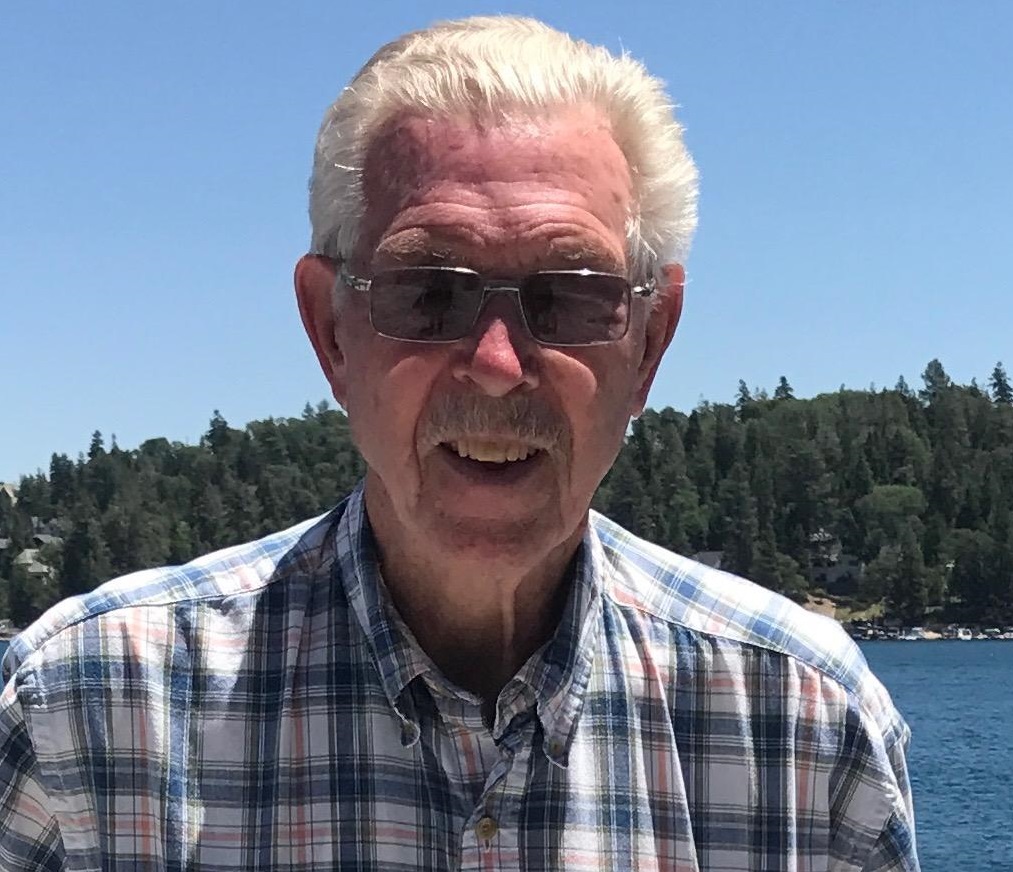 Jack Rodocker, 82 of Willard MO passed away peacefully on Monday, October 12th in his apartment at The Gardens Memory Care in Springfield under the care of Hospice. Jack was born March 14, 1938 in Springfield MO to George and Ruby Rodocker. Jack moved to California as a child and married Dee Ann Fisk on February 16, 1955. Jack and his wife owned Rodocker Construction in Southern California and built over 500 custom homes, most in Lake Arrowhead CA. Jack and Dee traveled the world and enjoyed trips in their airplane and RV over the years. Jack was quite the golfer while living in Palm Desert CA having scored a few hole in ones. They moved back to Missouri about 28 years ago to retire. Jack continued building some in the Springfield and Willard areas until he was diagnosed with Lewy Body Dementia. Jack was a well liked, loving, kind and generous husband, father, grandfather and employer. His greatest joy was his family and all the grandbabies. Jack and Dee were members of Faith Lutheran Church in Springfield where they enjoyed many wonderful relationships. Jack was predeceased by his beloved wife Dee Ann in 2017. He is survived by his daughters Gail Rodocker Hollis (Roger) of Camarillo CA and Donna Rodocker Austin (Russ) of Willard. His sons Gary Rodocker (Kirsten) and Randall Rodocker ( Jeanette) both of Willard MO. 13 grandchildren, John (Jack)Irwin of Kissimmee FL, Julie Gottbehuet of Willard MO, Joshua King of Camarillo CA, Cory Anderberg of Palm Desert CA, Lindsay Blake of Palm Desert CA, Andrew Benjamin of Willard MO, Lauren Watson of Ozark MO, Taylor Duncan of Willard MO, Tyler Austin of Columbia MO, Hillary Tranbarger of Willard MO, Eric Rodocker of Willard MO, Alisha Adams of Willard MO and Brandi Smith of Willard MO, 19 Great-Grandchildren, a sister Janet Crabtree of Lincoln RI, a brother Bill Rodocker of San Bernardino CA.  Jack was predecased by his wife, parents, sister Joan Crabtree, brother Roger Rodocker, and 2 infant siblings Jerry and Patsy Rodocker.

Visitation, Wednesday 10/14/2020 6-8 PM
Service, Thursday 10/15/2020 10 AM
Greenlawn North Mortuary/Cemetery
Jack will be buried next to his wife Dee Ann
Thank you to The Gardens ALF and Memory Care staff and specifically Raia Adams, and to Seasons Hospice for their compassionate care of our wonderful father.