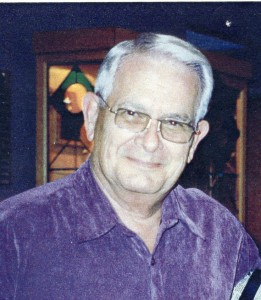 James C. “Jim” Moseley was born on December 10, 1931 and passed away on November 24, 2015 at the age of 83 surrounded by his family.
Jim was a life-long resident of Springfield, MO. He was owner of Moseley Office Supply along with his wife Joanie. He worked at Moseley Office Supply for 70 years.
He graduated from Senior High School, Class of 49 and attended Southwest Missouri State. Jim was a proud member of Kappa Alpha Fraternity. He enjoyed his time reminiscing over the good ole days with his fraternity brothers Richard Bonham, Don Clotworthy, Sam Hamontree, Sid Kiely, Gordon McCann, and Ed Wagoner. Those are times he spoke of fondly.
Jim loved fishing, family, buying cars and beer and not necessarily in that order. His sharp wit, sarcastic sense of humor, and kindness to those down on their luck will be missed by all.
Jim was preceded in death by his parents Harold C. Moseley and Helen Adams Moseley and a son Curt Moseley. He is survived by his wife of 60 years, Joanie; a son, Jeff and his wife Karan Moseley of Fair Grove, MO.; a daughter, Jennifer Moseley of Kansas City, MO.; a sister Janet White of Littleton, CO.; and 3 grandchildren, Jacki Moseley of Springfield, MO.; Bobby Loyd of Strafford, MO.; and Matthew Loyd of Fair Grove, MO. and many nieces and nephews.
Visitation is scheduled at Greenlawn Funeral Home East on Monday, November 30, 2015 from 5:00 pm to 7:00 pm.
Burial will be private on Tuesday, December 1, 2015.
In lieu of flowers, memorial donations are suggested to the Victory Mission, Castaway Animal Rescue Effort, Care to Learn or the Community Foundation.
As Jim would say “The Party’s Over.”