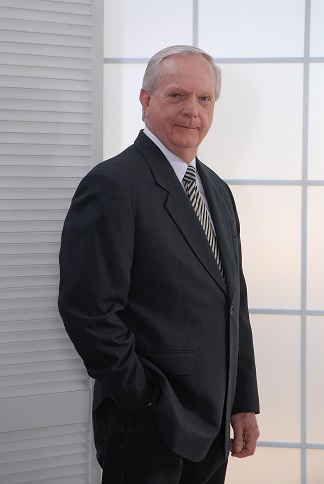 James D Black, 78
James “Jim” Black, 78, of Branson, Missouri, passed away peacefully on December 3, 2020.
The funeral service will be held at 1:00pm on Monday, December 14, 2020, at the Missouri State Veteran’s Cemetery. Pastor Matt Meadows will be officiating. Funeral arrangements are being handled by Greenlawn Funeral Home Branson.
Jim was born in JonBen, West Virginia on October 25, 1942. He graduated from Stocco High School in 1960 and quickly felt the call to join the U.S. Air Force in June of 1960.
While stationed at Blytheville Air Force Base in Blytheville, Arkansas, Jim met the love of his life and future wife, Betty Gowen. Jim and Betty were married on April 12, 1962, at First Baptist Church of Blytheville in Blytheville, Arkansas. They were married for 58 years!
During Jim and Betty’s marriage they were blessed to travel the world with the Air Force and Electronic Data Systems (EDS). They have lived in and/or visited countries worldwide and have moved 39 times during their 58 years together.
While in the U.S. Air Force, Jim rose through the ranks very quickly and in January 1982, Jim promoted to Chief Master Sergeant (CMSGT). During his illustrious career, Jim was awarded the Bronze Star, Meritorious Service Medal with 3 devices, Air Force Commendation Medal with 3 devices, the National Defense Service Medal, the Vietnam Service Medal, Republic of Vietnam Gallantry Cross with Device, and the Republic of Vietnam Campaign Medal to name a few.
After retiring from the U.S. Air Force in the summer of 1985. Jim went to work for EDS as a Manager, Leadership Development. Again, Jim was extremely successful and was promoted to numerous senior level positions in a very short period of time. In 2002, Jim had worked his way and was promoted to President, South and Southeast Asia for EDS. Jim’s specialty was taking the underperforming units and turning them around to not only successful units but units that became the standard bearer for the company.
Jim retired in the summer of 2003 but if you know Jim you know that he never really retired. He started a successful Leadership Services company, authored and published a Leadership book titled, Lead, Don’t Manage Your People, coached his grandson’s T-ball team, served in countless church functions, and continued to mentor colleagues around the world. He also managed to take a team from Germany (Wiesbaden AFB) to the Senior Little League World Series. Also, Jim was an avid golfer, motorcyclist, landscaper, and reader. He love to spend time with his family, traveling, and reading. Jim never met a stranger and loved to meet and talk with people.
Jim is survived by his spouse Betty; two sons, Jim and Barry Black; daughter in law, Lori grandchildren Matt and Morgan Nichols, Michael Reed and MacKenzie Black, Madison Black, Trey Black, Brayden Black and Brenner Black; great-grandchildren Tatum and River Nichols; his sister Shirley Meadows, and brother Mark Black.
Jim is preceded in death by his parents James and Helen Black, and his sister Mary Greene and Mildred Woody, brothers, Greg and Larry Black.
In lieu of flowers memorial donations may be given to Homes for our Troops, 6 Main Street Taunton, MA 02780 or visit https://hfotusa.networkforgood.com/. Jim’s family wishes to thank Jeff Bluto and Greenlawn Funeral Home Branson for all their help and support during this time.