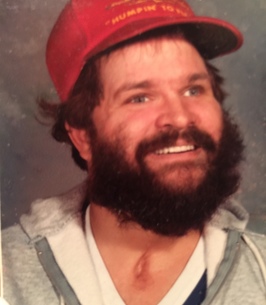 James Edward Kollmeyer 68, of Springfield, MO passed away Tuesday, February 25, 2020. He was born February 3, 1952 in Springfield, MO to Carl and Evelyn (Haubein) Kollmeyer. In his youth, James was active in Baseball, enjoyed playing Bass Guitar and Pool. He attended Bingham Elementary, Hickory Hills Junior High, and Glendale High School. In 1967, at the age of 15, James was injured in an automobile accident and suffered severe injuries that left him a quadriplegic and unable to talk. James was initially enrolled at the State School in Marshall, MO where he received physical, as well as speech therapy to try to regain the ability to speak. He then returned to Springfield where he became a resident of a Group Home called Sagamont. James remained at Sagamont for many years until his health declined and then he became a resident of Woodland Manor in Springfield, MO, and would remain there for 17 years until his passing.

During his time at Woodland Manor, James became witness to many of his deep faith in God and his ability to not question why he was destined to live his life as he had to. He was close to many of the staff and employees at Woodland and truly felt as if they’d become his second family. The Woodland family treated James with loving kindness, care and dignity. James always put the interest of others before his own, he was a kind and gentle soul. James never gave up, he continued to fight and live his life the best way he could, he was a positive influence on many who knew him.