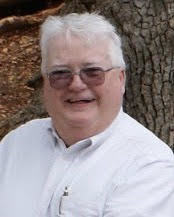 Jamie, as he liked to be called at the time, immigrated to the US in 1968 with his parents and sister Laura Jane (Semple) Gibbs. They moved to Santa Barbara, CA where Jamie earned his associates degree at Santa Barbara City college before enlisting in the Air Force.

In the Air Force James served his new country with the Military Police. After completing his tour with the Air Force James enlisted with with the California Army National Guard where he met his wife Susan Harriet (Shaw) Semple. They were married on June 28th, 1975 in Atascadero CA at the Atascadero Bible Church and had three children; Sarah Jane Semple, Stuart James Semple, and Shawna Joy (Semple) Moody.

Over the next few years Jim had several careers as owner of a successful restaurant in the Stockyard Cafe, Templeton, CA, insurance agent, real estate agent, security guard, and finally retiring from Civil Service with the Marine Corps MCAGCC in Twentynine Palms, CA.

In his life he was very proud of his time in service to our country and was an avid participant in politics. Even a passing comment about current events could earn you a long talk about our Constitution, country, laws, and leaders.

In his personal life the things most important to Jim were God and family. He took every opportunity to share the good news with anyone he met. Every person he met was a friend, he was fiercely loyal and supportive of his family. Jim shared his home and resources with those in need. After he retired to Missouri he joined Second Baptist church and spent his time while in good health volunteering with The Kitchen, Victory Mission, womens victim center and Convoy of Hope. He also enjoyed woodworking, firearms, and history.

Jim's family included his beloved baby sister Laura Gibbs, her 1st husband John Gibbs(d), her partner Randy Barns, her children: his niece Lori Lemay Gibbs, her children Abbi Beaver and Tyler Christie, Nephew John Gibbs Jr, and Nephew Thomas Gibbs and his children Harley Gibbs, Jaxson Gibbs, and Ryker Gibbs. He took his role as uncle and brother seriously and experienced great joy in getting to know his sister's children and the children of his niece and nephew.

Jim's own family grew when his son Stuart married Ashley Judd-Semple and they had three children Elizabeth Kay Semple, Hadessa Ann Semple, and Elijah James Semple. His daughter Shawna married Terry Wayne Moody Jr, and they had Maxen Wayne Moody.
Jim loved the time he got to spend with his family and the joy he expressed in getting to be a grandfather was second only to that of being a father.

On April 14th, 2019 Jim passed on to his next life with his savior Jesus Christ, where we know he lives today. His burial will be held in the Missouri Veterans Cemetery on April 26th 2019 at 11:00 am with a Celebration of life to follow at Second Baptist Church at 1:00 pm. The family asks that in lieu of flowers any donations be made to The Kitchen or Victory Mission.