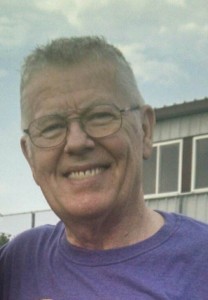 Funeral services for James Raymond Talbert II age 70 of Branson West, Mo. will be held at 11:00 AM, Friday, August 21, 2015 at the Fellowship At Cross Creek Bible Church near Branson, Missouri with Pastor Joe Cross officiating. Burial with full military rites will be held at 11:00 AM Monday, August 24, 2015 at Missouri Veterans Cemetery in Springfield under the direction of Greenlawn Funeral Home in Branson.
He died August 17, 2015 at his home in Branson West, Mo.
He was born on August 25, 1944 in San Francisco, California the son of L. E. and Ruth Johnston Talbert. He had been a longtime resident of the Branson area and was the owner/operator along with his father of the Talbert Brake and Wheel in Branson for 38 years. He was a U.S. Army veteran, was of the protestant faith and a former shriner. He was also a charter member of the Branson-Hollister Jaycees.
Survivors are his wife, Edwina Talbert of the home. His mother, Ruth Talbert of Branson, Missouri. Five children; Todd Grisham of Branson, Tiffany Corbet of St. Joseph, Mo., Rebecca “Becky” Foster of Republic, Mo., Kim Beard of Kirbyville, Mo., and Jennifer Pyck of Springfield, Mo., one brother, Chris Talbert of Kansas City, Missouri, a sister, Lori Reynerson of Springdale, Arkansas and eight grandchildren. He was preceded in death by his father, L. E. Talbert and brother Larry Talbert.
Visitation will be from 10:00 AM until service time on Friday at the church.
Memorial contributions are suggested in lieu of flowers to the American Cancer Society or the D.A.V. Transportation Fund in his memory.