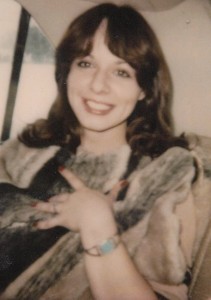 Janice Lynn McConnell, age 61, of Springfield, MO, passed away Sunday, May 10, 2015 at Mercy Hospital. She was born March 12, 1954, in Springfield, MO, to Melvin and Dorothy (Hale) Hendrix. She was united in marriage to Scott McConnell in November of 1979. Janice was very family oriented, her grandchildren were her life.
She was preceded in death by parents, Melvin Eugene and Dorothy Alice Ann Hendrix; one sister Barbara Jean Davis; and two brothers, Melvin Russell Hendrix and Douglas Eugene Hendrix. She is survived by her loving husband,Robert Scott McConnell, Springfield, MO; two children,Amanda McConnell, Springfield and Cody McConnell, Springfield; three grandchildren, Cody, Gracie, and Sterling; four sisters, Mary Belle, Linda Hendrix, Bonnie Hendrix, and Kay Elliott and husband Mike; two brothers, Johnny Hendrix and Tommy Hendrix and wife Dee; and a host of family and friends.
Graveside services will be at 2:00 p.m., Saturday, May 16, 2015 at Antioch Cemetery, Springfield, Missouri.
Cremation services have been entrusted to Greenlawn Funeral Home North, Springfield, MO.
The family has requested in lieu of flowers donations be made to the Central High School Kilties. They are
the oldest all girl Scottish drum and bugle corps west of the Mississippi River. They are not funded in any way by the school or district, all of their support is from private donations and fundraising efforts of the girls.
Donations can be made to:
Central High School Kilties
423 East Central Street
Springfield, MO 65802
Or donate on line at http://www.gofundme.com/a2w34g