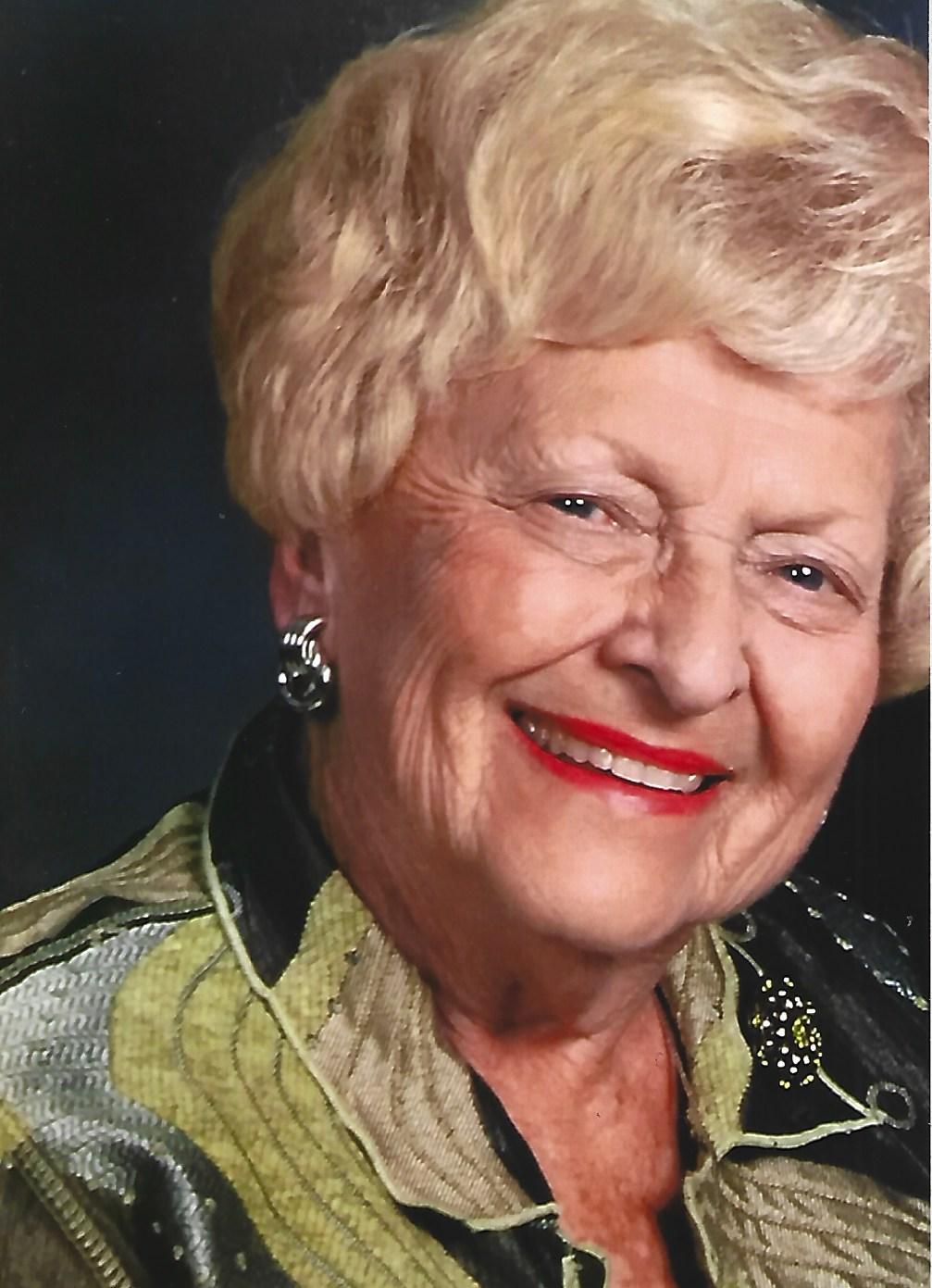 Jeanne Mary (Hoerle) Neu of Springfield, Missouri, passed away April 26, 2019. She was born July 17, 1929 in St. Louis, Missouri to Oliver and Norene Hoerle. She married her loving husband, Leo T. Neu, Jr. on May 30, 1953. They were blessed with four children, Leo T. Neu, III (Tre). Steve, Ken, and Catherine. Jeanne attended St. Alphonsus High School in St. Louis Missouri. She spent one year at Fontbonne College and then worked in St. Louis, Missouri. She raised their children and supported Leo throughout his career as a physician. She was a member of Holy Trinity Catholic Church. Throughout her life, she was active in various Art and Bridge Groups, Dance Clubs, and Tennis at Hickory Hills Country Club in Springfield Missouri, and in Tucson, Arizona. She enjoyed St. Louis Cardinal baseball and many activities with her grandchildren.
Jeanne is survived by her husband, Leo T. Neu, Jr., and her children: Son, Leo T. (Marsha) Neu, III -Grandchildren: Christopher (Laura & great granddaughter, Emily) Neu, Michelle Neu, and Brian (Ying) Neu; Son, Stephen Neu- Grandchild: Nic Neu; Son, Kenneth W. (Angie) Neu – Grandchildren: Erin, Lauren, and Seth; and Daughter, Catherine (Steve) Roebuck – Grandchildren: Samantha and Boaz. Also surviving: Her brother Ray (Audrey) Hoerle, nieces Elena and Lisa, and nephew Dan. She was preceded in death by her parents, Oliver and Norene Hoerle.
Funeral Mass will be at 10:00 am Friday, May 3, 2019 at Holy Trinity Catholic Church, Springfield, Missouri under the care of Greenlawn Funeral Home East. Visitation will be from 6:00 to 8:00 pm Thursday, May 2, 2019 in the funeral home. Interment will be at 2:00 pm Friday, May 3, 2019 at Missouri Veterans Cemetery.