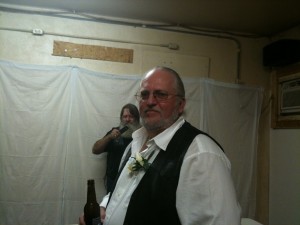 Jeffrey J. Walter passed away Wednesday March 30, 2016. He was born March 25, 1962 in Jerome, ID.
Jeffrey’s hobbies included riding Jenny, their Harley, and playing dominoes with family and friends. He loved music and country was his favorite. He enjoyed listening to Toby Keith, George Strait, Barry White and Elvis. Jeffrey lived his life by the quote, TCB, or Taking Care of Business. He was proud of his ability to do this.
Jeffrey had achieved many things during his life that he was proud of. He was proud of the way he loved and cared for his family by working hard, meeting and marrying his wife and making all of their dreams come true. Jeffrey also spent time in the Army. Jeffrey had a multitude of fond memories that he spoke of, such as meeting his wife and forming their family and some of the fights he had engaged in. Among these things that he was proud of, Jeffrey would want to be remembered for the way he was hard working and loving and the way he would kill or die for his family. He loved them immensely.
Jeffrey lived his life trying to make his family’s dreams come true. His daughters, his wife, his family and friends were what made Jeffrey’s life worth living. He would want to be remembered for the things he did for his family and the way that he made those in his life feel loved.
He is survived by his wife Billie Walter of the home, five children: Jessica Walter, Jacqueline Walter, William Freeman, Bobby Freeman, and Anthony Vorbau, four grandchildren, four siblings, best friend Norris Rice and a host of friends and other family members.
Visitation will be Sunday, April 3, 2016 from 7:00 – 9:00 PM at Greenlawn Funeral Home North. Funeral service will be Monday, April 4, 2016 at 1:00 PM in the funeral home. Burial will follow in Greenlawn Memorial Gardens.