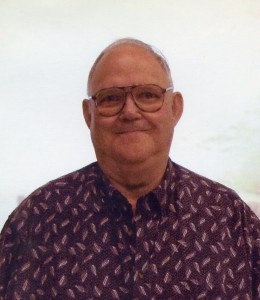 Jerry Lee Rodgers Sr. age 76, passed away on Monday, November 23, 2015 in his home in Republic, MO. He was born on May 20, 1939 in Blytheville, AR to Lucille and Bob Rodgers and lived in the Armorel/Huffman area. Jerry met his wife Judy and they later married in Chicago, IL in 1967.
Jerry worked for and ultimately retired from St. Louis Blow Pipe in Blytheville in 1996. Jerry and Judy were happily married for 48 years. Jerry was a devoted husband and a proud father and grandfather. Jerry leaves behind his wife Judy and two sons, Jerry Lee Rodgers, II and wife Dellinnia of Russellville, AR and Bobby Len Rodgers and wife Sarah of Bentonville, AR. Jerry also leaves behind five grandchildren, Kylar, Marlee, Eli, Carson and Stella Rose and a brother, Jerry Thomas Rodgers “Bunkin” of Blytheville. Jerry and Judy are members of the Fairview Baptist Church and now attend Anchor Baptist Church in Republic, MO.
Visitation will be on Monday, November 30, 2015 at 10:30 am in Fairview Baptist Church in Blytheville with funeral services following at 11:30 am in the church. Burial will follow in Elmwood Cemetery, Blytheville, AR.
Services in Springfield, MO will begin with a visitation at 2:00 pm and a service at 3:00 pm on Wednesday, November 25, 2015 in Greenlawn Funeral Home South.