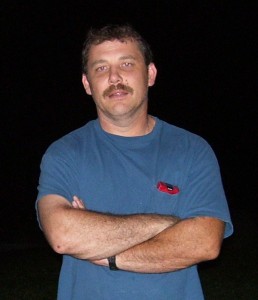 Graveside services for Jesse Dean Hampton Age 48 of Nixa, Missouri will be held at 2:00 PM, Wednesday, June 3, 2015 at Gass Cemetery near Omaha, Arkansas with Barry Smith officiating. Arrangements are under the direction of Greenlawn Funeral Home in Branson.
He died May 28, 2015 at Galena, Missouri.
He was born on July 5, 1966 at Fort Leonard Wood, Missouri the son of James O. and Silvia Irmgard Hampton. He had worked as a carpet installer.
Survivors are two sons: Oliver of Pocola, Oklahoma and Adam of Davenport, Iowa. His mother, Silvia Hampton of Nixa, Missouri. Four brothers, James Hampton of Opelika, Alabama, John Hampton of Omaha, Arkansas, Jerry Hampton of Nixa, Missouri and Jeff Hampton of Aurora, Colorado. Three sisters; Judy Taylor of Colorado Springs, Colorado, Joyce LeDoux of Nixa, Missouri and Donna Crawford of Branson West, Missouri. He was preceded in death by his father James Hampton, a brother, Jack Hampton and two sisters, Silvia Ann Hampton and Jeanette Gray.