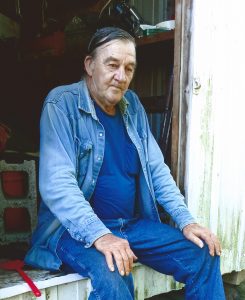 Graveside services for Jesse E. Leatherman age 74 of Hollister, Missouri will be held at 11:00 AM, Wednesday, October 12, 2016 at the Pine Top Cemetery in Hollister under the direction of Greenlawn Funeral Home in Branson.
He passed away on October 9, 2016 at Cox Medical Center in Branson.
Jesse was born on June 27, 1942 in Harrison, Arkansas the son of Ernest and Elladean Holliday Leatherman. Jesse was a lifelong resident of the area and was a carpenter by trade. He attended school at Omaha, Arkansas and Hollister and graduated from high school at The School of The Ozarks in 1960 and was a U.S. Navy veteran.
Survivors are his wife; “Dolly” Leatherman of the home, three step-sons; Rex Ransom of Branson, Rusty Ransom of Nixa, and Rudy Ransom of Ozark, four siblings, Jimmie Leatherman and wife Beverly of Warsaw, Missouri, Judith Haefeker of Hollister, Glenda Stein of Nixa, and Jack Leatherman and wife Liz of Yellville, Arkansas. Nine Grandchildren, 10 great grandchildren and a host of nieces and nephews and other relatives. Jesse was preceded in death by his parents and a step-son, Randy Ransom.