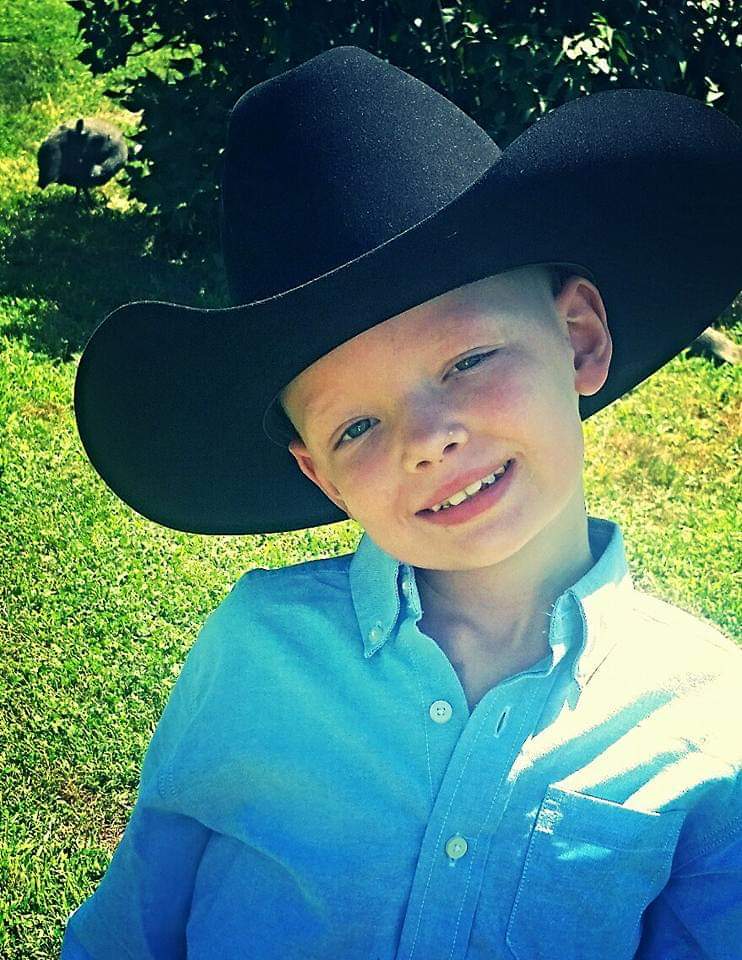 “Zeke” Martinosky , 8, of Branson, MO passed peacefully in his home on January 1, 2019 at Branson and went to join the Lord, Jesus Christ. He was born on August 25, 2010 at Branson, MO to Jesse E. Martinosky and Amanda S. ( South ) Martinosky.
Zeke attended Branson Public Schools and was home schooled the past year. He enjoyed anything to do with superheroes and had hours of fun with Pokémon cards. He also enjoyed watching many movies.
Zeke fought a courageous battle with Leukemia for almost five years and certainly lived up to his grandpa given nickname ” Tuffy “.
He is survived by his parents; step-mother Ashley ; sisters, Sapphire, Scarlet and Avalon ; brothers, Ezra and Xavier , all of the home. His grandparents: Craig W. and Lori Martinosky, Branson, Steve and Sue Westerhouse, Wyandotte, OK, and Scott and Yenrudee South, Thailand, Brian and Angela Hale, Harrison, Arkansas.
Funeral services were held at 2:00 p.m. Saturday, January 5, 2019 at Greenlawn Funeral Home with Rev. Donald Rooks officiating. Cremation and internment will take place at a later date at Ozarks Memorial Park. The family received friends on Friday at Greenlawn Funeral Home.