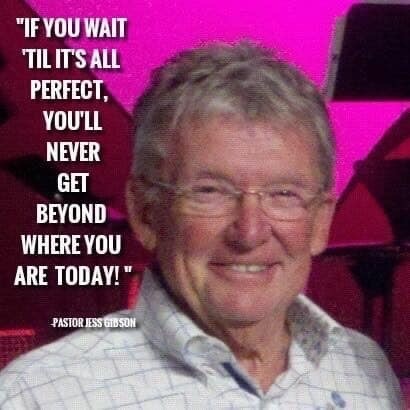 Pastor Jess Gibson
Jesse Max Gibson passed into the kingdom of heaven on Monday, January 6, 2020 in his home surrounded by his loving family.
Jess was born on October 8, 1934 in Emporia, Kansas to George and Alice Gibson.
He is preceded in death by his brother, George Jr., and sisters, Peggy and Eula Mae, his nephew Walt Jr. and his grandson, Jesse Maple.
He is survived by his loving and faithful wife of 55 years, Paula and children Kim Maple (Rusty), Tracy Gibson (Nora), Michael Gibson (Tammy), Jef Wells (Margie).
He was affectionately known as Beba and Papa to his 12 grandchildren and 6 great grandchildren.
Following a business career, at the age of 45, he followed a passionate call into ministry. In June, 1979 he and his wife, Paula, founded Cornerstone Church with a group of fellow believers. Jess and Paula served as Pastors until his recent retirement.
In addition to being a pilot, world traveler, author, Harley driver, cowboy, and most importantly a family man, Jess was the President of Jess Gibson Ministries and served as President of the Board of Directors at Bridges of Peace, located in Israel and named One of 100 influential people of the 20th Century in Springfield, MO.
Celebration of Life for Pastor Jess will be on Monday, January 13, 11 am at Cornerstone/Venture Church, 1515 W. Elfindale St., Springfield, MO 65807
Visitation will be on Sunday, January 12, 3-5 pm at Greenlawn East Funeral Home, 3540 E. Seminole, Springfield, MO 65809
Burial will be in Hazelwood Cemetery, Springfield.
In lieu of flowers, the family requests donations be made to Bridges for Peace in Jerusalem, Israel, at bridgesforpeace.com or mail to Bridges for Peace, P.O. Box 410037, Melbourne, FL 32941-0037.