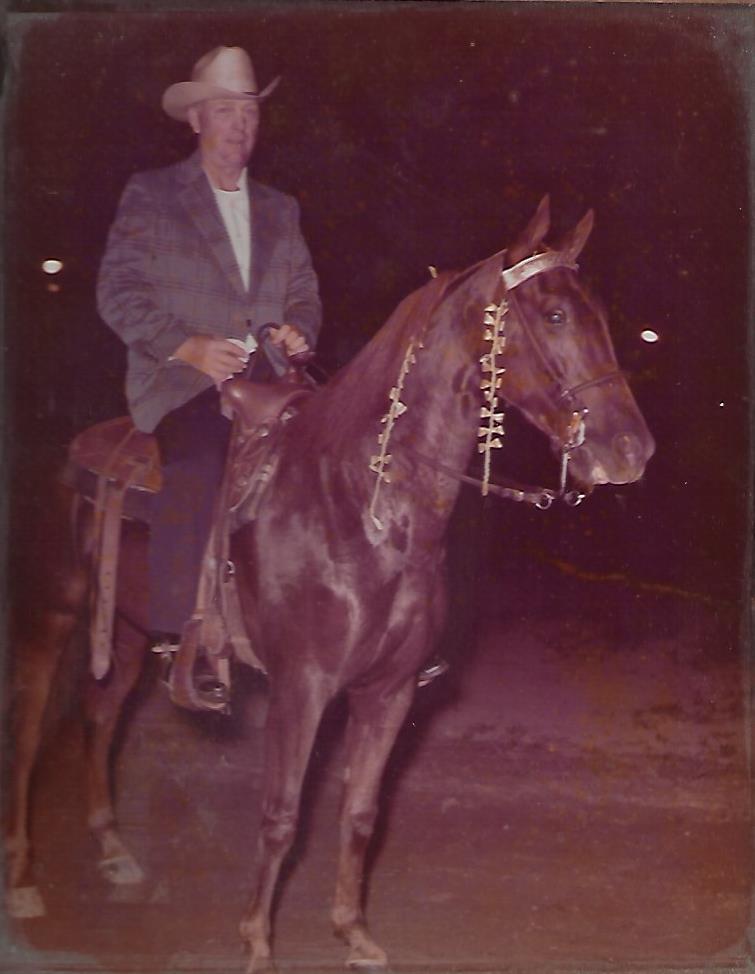 Jesse Levern Meadors, age 93 of Goodson, MO, died in his home with his son Ron L. Meadors near his side, Wednesday, July 12, 2017. He was born February 6, 1924, in Louisburg, MO, to Elva Ray and Elizabeth (Breshears) Meadors.
Levern was saved at Sentinel Missionary Baptist Church at a young age, and is a lifetime member of Lindley Creek Missionary Baptist Church Goodson, MO. He attended Carter, Sentinel, and Goodson schools.
He is preceded in death by his parents; his first wife Loretta Joy (Mann) Meadors; his second wife Patsy Lou (Vest) Meadors; and brothers: Leon, Kenneth, and Dale.
Levern was Past Master of Western Light Lodge Louisburg, MO, and a member of Riddick Lodge 361 Buffalo, MO. Brother Meadors was a 60 year Mason.
He is survived by a daughter LaRita Pope and husband Charles of Lebanon, MO; a son Ron L. Meadors of Goodson, MO; a granddaughter Lauretta Pope of New York, NY; a grandson Christopher Pope of Texas; sisters in-law: Carolyn Meadors of Republic, MO, Zona Meadors of Bolivar, MO, and Imogene Meadows of Springfield; brother in-law Kenneth Vest and wife Judy of Lebanon, MO; sister in-law Wanda (Vest) Freeman and husband Jack of Woodland, CA; numerous nieces, nephews, other relatives and friends.
Levern started his farming career at twelve years of age. He traded in sheep, horses, and cattle. Most of those early trades happened on the back-roads of Sentinel, MO, as he was leading a cow, riding a horse, or dragging a ewe sheep. As he acquired farm implements, teams of horses and harnesses required, he rented small farms in the Sentinel area.
In his late teens and early 20’s, Levern had his first sale, eventually buying a new Chevy from Bill Roberts Chevrolet and proceeded to Southwest Oregon to seek economic opportunity. He sold the Chevy upon his arrival in Powers, OR, for a $200.00 profit. Levern was not afoot for long as he was hired by the Logging firm of Clark Bros & Standly, first as a choker setter in the woods, and upon his return from his hitch in the US Army during Korea, a log truck driver.
At the age of 28 Levern was smitten by a pretty book keeper and log scaler, Loretta Joy Mann-Clark, the 16 year old niece of Clark Bros & Standly Logging. The Clark Bros were very pleased of their niece’s choice of a husband.
Levern and Loretta Joy returned to Missouri in ’58 having acquired a farm where they raised their children, LaRita and son Ron who made his appearance in the spring of ’59. Loretta Joy died in 1964, as a result of a tragic car accident. Her loss was devastating to the family.
In 1966, through an introduction by Melvin and Eva Marie Glor, Levern was introduced to a pretty young lady, and 4th grade teacher, Patsy Lou Vest. Patsy was a God send and welcomed into the Meadors family. Levern and Patsy had a happy 44 years of marriage until her passing in March 2010.
Levern’s greatest interests were Farming, Cattle, and raising and showing Missouri Fox trotters.
Visitation will be held Saturday, July 15, 2017, from 5:00 to 7:00 PM at Pitts Chapel. A Masonic service will be conducted by Jim McManigle and Chaplain Thomas Ross, DDGM. Funeral services will be Sunday, July 16, 2017, at 2:00 PM in the funeral home with Bro. Jeff Shelenhamer officiating. Burial will follow at Lindley Creek Cemetery Goodson, MO. Pallbearers will be Jeff McKinney, Roger Hammer, Buddy Rodgers, Mike Check, Pat Check, and Leonard Moyer.
Arrangements have been entrusted to Pitts Chapel Bolivar, MO.