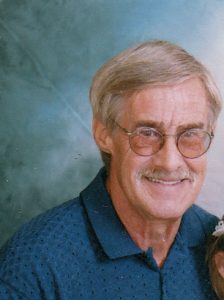 Jim Dale Davis age 64, in Springfield passed away Thursday, September 8th, 2016 at Northwood Hills Nursing Home, after a long battle with cancer .
Jim was born December 3, 1951 in Ozark, Missouri Kenneth Davis and Opal Hughes. He owned and operated D.C.M. Services for many years. He enjoyed playing the guitar, even being a member of Tommy T and Federal Reserve, when they had a hit song Grow Up Some Day. The greatest love of Jim’s life was spending time with his family, especially his grandchildren.
Survivors include his mother Opal Hughes, Springfield; one daughter, Susan Cameron, Bolivar; eight grandchildren; one great-grandchild; two brothers, Jack Davis and wife Donna, Mount Vernon and Joe Davis and wife Susan, Marionville; one sister, Judy Davis, Joplin; and a host of family and friends.
Jim was preceded in death by his father, Kenneth Davis, son Richard Davis; and his step-father, John B. Hughes
The family will receive friends from 7 pm to 9 pm, Friday, September 16, 2016 at Greenlawn Funeral Home North . Funeral Services will be held Saturday, September 17th, 2016 at 4:00 pm in the Funeral Home, with burial to follow at Greenlawn Memorial Gardens in Springfield Springfield. Funeral services have been entrusted to Greenlawn Funeral Home North.