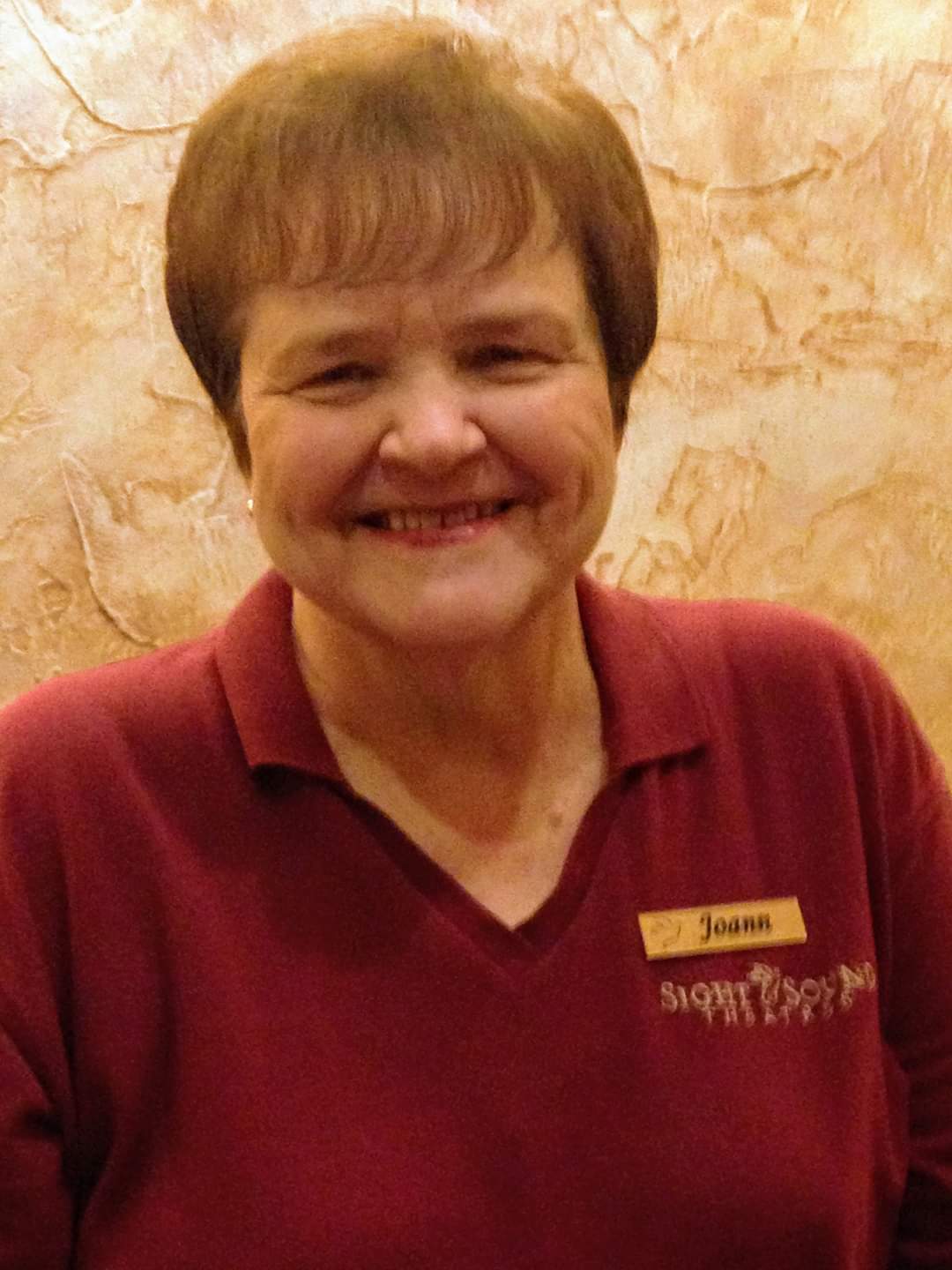 Joann was born on October 20, 1947 to Joseph and Mary Jones in Medford, OR. She weighed 9lbs. and was the biggest baby born at that hospital.

Joann married James R. Johnson on February 2, 1968. After a few years of marriage 2 children joined the family. Jennifer was born in 1973 and James (JR) in 1976. While the kids were still young, the family of 4 became a family of 3 due to divorce. Joann set out to raise the kids as a single mom with a determination that showed her inner-strength.

After the kids finished high school, it was time to move to the apartments where Joann was already working. She started as a leasing agent while the kids were still in school and by the time of the move, she was an assistant manager.

In 1995 along with her sister, brother-in-law and a long-time friend, Joann headed to Branson on a bus trip. The mom of 2 was thinking how Jennifer and J.R. would like it, so they saved and the next year they all went.
By 1998, they were all living in Branson. Joann loved going to the shows, especially the ones where the kids were working. She loved working at Sight and Sound theatre where she was affectionately known as the “Almond Lady.” She loved to see her return customers. She really enjoyed her job and she made the best almonds.

Joann is preceded in death by her son James, sisters Wanda and Dora, brother-in-law Jim (yes there were 3 Jim’s in the family) and her parents.

In Lieu of Flowers the family requests that memorials be directed to Branson Gospel Evangelical Centre.