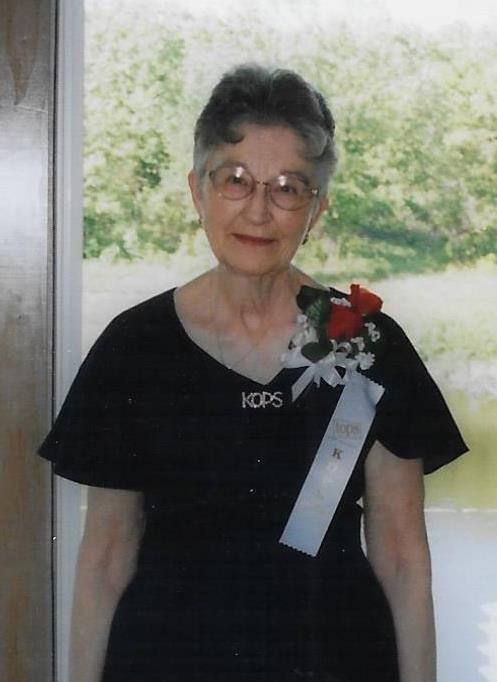 Mrs. Joanne Stevens age 82, of Bolivar, MO, passed away in her home under her husband’s care after a long illness with heart and Parkinson’s diseases. She was born September 26, 1937, in Ruthven, IA, to Harold and Hazel (Michael) Lowman. She was united in marriage to Ronald Eugene Stevens June 10, 1956, in the Little Brown Church in the Vale, Nashua, Iowa. Joanne always worked side by side with Ron in their different business ventures

Joanne loved the Lord. She is a previous member of the 1st Baptist Church in Buffalo, MO, where she served as the president of the woman’s organization there. She is presently a member of the 1st Baptist Church in Bolivar, MO. She is a former member and past president of the Tops Weight Watchers Club in Halfway, MO, and was chosen queen in the year 2007, after losing 40 lbs.

Joanne loved people; she was kind, and always thought of others rather than herself. She always had a smile for everybody no matter whom or what they were. She will be missed by anybody that ever knew her. Her husband Ron will never get over the loss of her, she is in heaven now!

Joanne was a wonderful wife and mother for 63 years. She saw to it that the kids had what they needed.

She is preceded in death by her parents; and three brothers: Gloal, Gene, and Sam Lowman.

According to Joanne’s wishes her body will be cremated and laid to rest at a later date. Online condolences may be made at: www.greenlawnfuneralhome.com. Arrangements have been entrusted to Pitts Chapel Bolivar, MO.