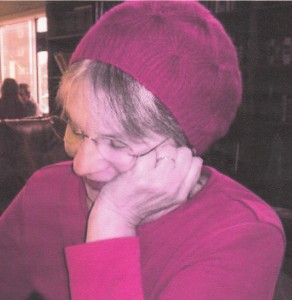 Joanne Catherine Austin, 72, passed away Saturday, July 4, 2015. She was born in Detroit, MI on December 2, 1942. She was married to Gary Austin on September 18, 1982 in Newbury Park, California, and was a member of Grace Chapel Church. Joanne was a volunteer at Mercy Hospital in Springfield. She enjoyed drawing, painting, and crafts. She was preceded in death by her son, Michael Joseph Masek. Joanne is survived by her husband, Gary Austin, her son, Danny Masek and his wife Donna, her daughter, Laura Pina and her husband Ken, and her son, Scott Masek, and his wife Veronica. She is also survived by her nine grandchildren; Amanda Masek, Sara Teitsch, Jessica Masek, David McDaniels, Steven McDaniels, Grace Pina, Brandon Masek, Gisselle Masek, and Brianna Masek, and three great-grandchildren; Sophia Takeda, Noah McDaniels, and Levi McDaniels, one brother; John and Madolyn Paroske, and one sister; Judy and Bernie Harris.There will be a memorial service on Wednesday, July 8, 2015, 4:30pm, at Grace Chapel Church, 1120 East County Road 182, Springfield, MO.