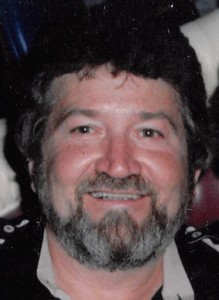 Joe Bob Breedlove 76, Springfield, son of John T. and Lula (Collins) Breedlove was born November 19, 1938 in Springfield, MO. He passed away peacefully at home, surrounded by his wife and family on September 13, 2015. Joe was known for his cooking skills, his love for the St. Louis Cardinals and his allegiance to the Democratic Party. Joe was a devoted son, husband, father, brother and uncle. There was nothing that he would not have done for his family and friends.
Joe was preceded in death by his parents, brothers; Billy and Jack Breedlove, sisters: Helen Palmer and Carrol Breedlove, and an infant sister: Virginia Breedlove. Joe is survived by his wife of 46 years, Pam (Gilbert) Breedlove, and his three beloved children: Lisa Breedlove, Christy Breedlove and Joe Darren Breedlove. He is also survived by many nieces, nephews and cousins, as well as brother and sister-in-law Mike and Debbie (Gilbert) Frost. Joe was especially close to two of his nieces, Josie Goodson and Denise Breedlove and his nephew, who was like a brother, Marc Breedlove. The family would like to thank Mercy Hospice, especially Iris Smith RN and Brittany Hamp RN.
Graveside services will be Thursday, September 17, 2015, at 11:00 a.m. in Hazelwood Cemetery. Visitation will be Wednesday evening from 6:00 to 8:00 p.m. in Greenlawn Funeral Home North.