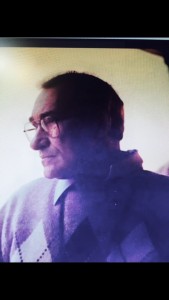 Joe Wayne Brown was born on January 2nd, 1935 and gained his wings on April 20th, 2016 in his home surrounded by family. He married the love of his life Linda in 1978. Together they had a daughter Lawayna (Lou) Rios, her husband Frank and the two loves of his life his grandchildren Gage and Jade Rios, three special young men that he considered grandsons, Dakota Davis, Brandon Hirayama and Daniel Escobar and a special young lady Ariel Bower.
He took pride in their accomplishments and enjoyed watching them prosper in their lives. He worked 25 years at Zenith Electronics in management where he made many life long friends. After retirement he and Linda enjoyed road trips, working in their yard and family gatherings. He was a kind and gentle man who was loved by many and saw good in everyone.
He was proceeded in death by his parents, Emma and Nubern Brown, three brothers, Grover, James, and George. Also two sisters, Vesta Dean and Elda Kelley, and a special nephew Roger Kelley. He is survived by his wife of thirty-eight years, Linda, daughter Lawayna, son-in-law Frank, grandchildren Gage and Jade, his brother Don Brown and a host of family and friends.
Funeral services will be held at Greenlawn North at 3:00 PM on Saturday the 23rd, with a celebration of his life at his home following the burial. In lieu of flowers donations will be accepted by the C.A.R.E Animal Rescue @ 2012 W Garton Rd, Ozark, MO 65721.