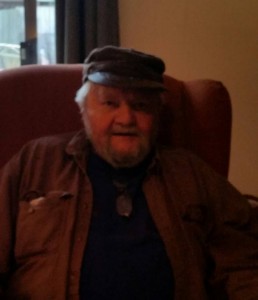 John C. Bowman passed away in Springfield, Missouri on Friday, March 18, 2016.
John was born on May 10, 1935 in Park Falls, Wisconsin and was the second child of Clayton Bowman and Emma Hlavacek Bowman. He grew up in Wisconsin and after graduating from high school he entered into the Army. After his military career he then traveled to Chicago and met his wife, Mary Patricia (Pat) Bowman where they began their married life.
John and his family came to Springfield in the 1970’s when he was transferred with Zenith Corporation. After retiring his travels took him to various locations and eventually he settled in Yelm, Washington for a long period of time. Two years ago he returned back to the Springfield area to be closer to family.
John in preceded in death by his parents and brothers in laws, Rudolph Holevatz and Frank Raasch. He leaves behind Pat Bowman, his children Lisa (Rene) Perez, Tony Bowman and Brian Bowman, grandchildren Ashley (Steve) Rivera-Silva, Cory Warren, Clayton (Samantha) Bowman, Zachary Perez and Stephanie Peres as well as four great-grandchildren, Javi, Luna, Silas & Violet and another on the way. John is survived by his brothers and sisters, Carol Holevatz, Michael (Jackie) Bowman, Gary (Judy) Bowman, Theodore (Heather) Bowman, William (Mary) Bowman, Nancy Raasch, Debra (Donald) DeByl and stepsiblings Kathleen (Jim) Koziczkowski and Jerry McAnulty. He will be greatly missed by his family, friends and all who knew him.
Cremation will be under the direction of Greenlawn Funeral Home South. A private service will be held at a later date.