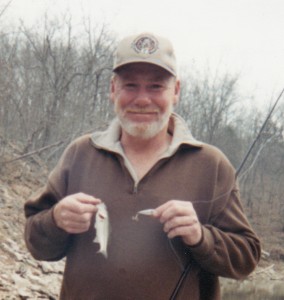 John Dewey Downey, age 66, of Fair Play, MO, passed away Sunday, July 3, 2016 in his home. He was born February 18, 1950, in Crossett, AR, to John and Winnie (High) Downey Sr. He was an avid outdoorsman, professional dog show handler and photographer. You could not win with John “Buddy” in a battle of wits. He was always willing to help those who would help themselves. He will be greatly missed by his wife, family and close friends.
He was preceded in death by his parents, his three sisters; Margaret Edwards, Pat Mattox, and Mary Taylor. He is survived by his wife, Diane Larson-Downey, his children; Jeff Downey, Arcola, MO,
Kristen Parker, Branson, MO. three grandchildren and one great-grandchild. Two sisters; Dot Jordan, Leesburg, FL and Peggy Ann Wolf, Omaha, AR.
Memorial services will be held at 6:00 p.m. on Wednesday, July 13, 2016. at Greenlawn Funeral Home North. In lieu of flowers, Memorial contributions may be made to the charity of the doner’s choice. Services have been entrusted to Greenlawn Funeral Home North, Springfield, MO. Online condolences may be made at www.greenlawnfuneralhome.com.