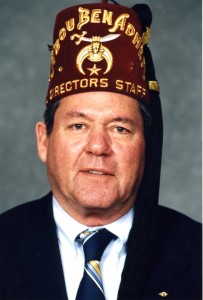 A Memorial visitation for John Edwin Hayes age 73 of Branson, Missouri will be held from 4:00 until 6:00 PM, Monday, September 28, 2015 at Greenlawn Funeral Home in Branson, Mo.
He passed away on September 21, 2015 at Cox Medical Center South in Springfield, Mo.
He was born on December 11, 1941 in Brunswick, Missouri the son of Benjamin and Rose Shackleford Hayes. He had been a longtime resident of the Brunswick area where he was a farmer before moving to Branson, Missouri twenty-three years ago. He was a member of the United Methodist Church in Mendon, Missouri, was a member of the Warren Masonic Lodge in Keytesville, Missouri and the Abou Ben Adhem Shriners in Springfield, Mo.
Survivors are his two children; John Hayes of Battlefield, Missouri and Kathlene Comesana of Fenton, Missouri, one brother, William D. Hayes of Brunswick, Missouri, five grandchildren and two great grandchildren. He was preceded in death by his parents.
Memorial contributions in lieu of flowers in his memory are suggested to the Shriners Childrens Hospital, 4400 Clayton Avenue, St. Louis, Mo. 63110.