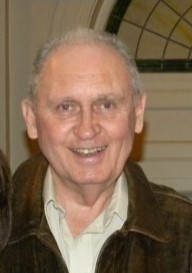 John Irwin Carney, age 80, of Springfield, MO, passed away Friday, February 19, 2016 at the Missouri Veteran’s Home in Mt. Vernon, MO. He was born March 5, 1935, near Hartville, MO, to John and Golda (Truster) Carney. He was a member of Boulevard Baptist Church. He retired from the United States Army and served during the Vietnam War. After his retirement, he was well known in the business community, specializing in tire sales.
He was preceded in death by his parents, and is survived by his wife Hilda, his children: Johnny and Mike Carney and Gene and Nancy Skinner; his grand-daughters’: Jennifer Almy, Melissa and Rebecca Skinner and two great-grandchildren; four brothers: Gene, Larry, Jack, Jim and one sister: Janet Carney.
John loved his grandkids, ice cream, attending local sporting events, and having coffee with his friends from the tire shop.
Funeral services will be held at 11:00 a.m., Wednesday, February 24, 2016, at Boulevard Baptist Church, Springfield, MO. Burial will be at Missouri Veterans Cemetery, Friday, at 2:00 p.m. Springfield, MO. Visitation will be held from 6:00 to 8:00 P.M. on Tuesday, February 23, 2016 at Greenlawn Funeral Home North. Memorial contributions may be made to the Cystic Fibrosis Association of MO. Services have been entrusted to Greenlawn Funeral Home North, Springfield, MO. Online condolences maybe made at www.greenlawnfuneralhome.com